Love Island bombshell Jack Keating has confirmed he is back on the dating apps after his stint on the ITV2 reality show.

Rather than going for the usuals like Tinder or Hinge, the 23 year old has opted for Raya, or the celebrity Tinder as most people know it.

END_OF_DOCUMENT_TOKEN_TO_BE_REPLACED

After failing to find love in the villa, the son of Boyzone star Ronan Keating has now applied for the app in hopes of getting a connection there.

He told the Irish Mirror: "I’m definitely still single and ready to mingle. I’m keeping my options open for sure.

“Actually my [Raya] application is still in the waiting stage. So Raya if you see this, please, come on."

Raya is an exclusive app that allows famous people, or people in the spotlight, to connect either romantically or professionally. 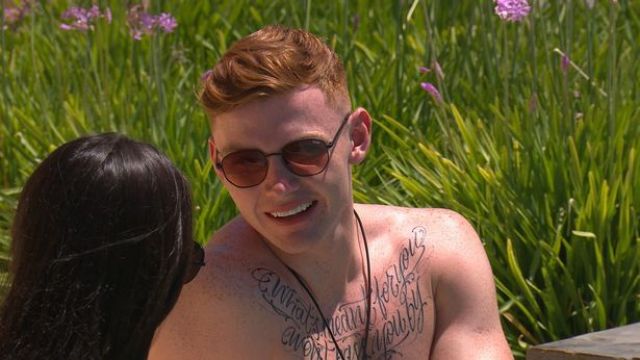 END_OF_DOCUMENT_TOKEN_TO_BE_REPLACED

It's known to be quite hard to be accepted for the app and you need to be referred by other famous faces who are on it to get your own profile.

While Jack is yet to be accepted, he did admit that a few people have slipped into his DMs since he appeared on Love Island.

He said: "Yeah, there has been a couple of DMs, there’s been a few, that’s all I could say.”

END_OF_DOCUMENT_TOKEN_TO_BE_REPLACED

Speaking to Her.ie after his time on the show, Jack said that he got along well with Paige and Gemma, but none of it got any airtime.

"All the girls were kind of closed off in their relationships, I think I got on very well with Paige, we had great chats and I don't think any of them actually made it into the show but it is what it is. She seemed like she was still pretty keen with Jacques but maybe if I had more time in there, you never know," he said.

"Gemma is lovely as well, you get to see a different side to her when you're in there as well, she's hilarious.

"I kind of wish I chatted to Danica and Indiyah more, all the lads are looking for a chat, you almost have to book time with some of the girls, it was hilarious."

popular
Love Island's Faye Winter says she feels like she's "failing" as an influencer
Davide Sanclimenti opens up on having kids with Ekin-Su Cülcüloğlu as he turns down Dancing On Ice
McDonald’s launches Happy Meals for adults with toys included
Kelly Osbourne shares "wild" judgement she got for deciding not to breastfeed
Kesha's mom explains controversial Jeffrey Dahmer lyric in hit song Cannibal
Here are the baby name trends set to dominate 2023
5 delicious brunch spots around Ireland to try out on your next trip with the girls
You may also like
4 days ago
Greg O'Shea says he regrets not staying with Amber for longer
6 days ago
Two Love Island 2022 stars have just become step siblings...
1 week ago
Adam Collard responds to claims he cheated on Paige Thorne
1 week ago
Love Island's Indiyah explains why she called a medic in the villa
1 week ago
Greg O'Shea opens up about "really bad" time as he suffered a mental health crisis
1 week ago
Love Island's Tasha lands yet another fashion deal
Next Page