On Sunday evening, the wonderful Jacqueline Jossa was crowned the Queen of the jungle.

The former Eastenders actress beat out every other celeb, winning the show.

END_OF_DOCUMENT_TOKEN_TO_BE_REPLACED

And as amazing as winning I'm A Celeb has been, the 27-year-old admitted that reuniting with her family was even better.

Speaking to The Mirror, she said:

“It’s absolutely amazing to be Queen of the Jungle, but to be back with my family is even better.”

Jacqueline also assured fans that she was fine after rumours of her husband cheating began to circulate during the show.

Dan has denied all the accusations and Jacqueline has decided to stand by her man.

However, she insists that while she's sticking by him, he's on his last chance.

A source revealed to The Sun:

"Jacqueline feels refreshed by her jungle experience, and doesn’t want anything to detract from it."

My jungle Queen!! ❤️ words can not describe how proud I am of this woman! She absolutely smashed it from day 1 and deserves this sooo much!! Well done baby ❤️❤️❤️ 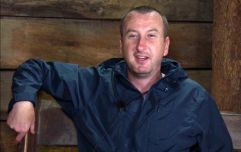 Andy Whyment says he wants to go back to his 'normal, boring life' after I'm A Celeb fame

END_OF_DOCUMENT_TOKEN_TO_BE_REPLACED

"Her and Dan had a frank chat and decided to start with a clean slate. She really loves him, and their girls, and wants to make things work."

"But equally, she’s found an inner strength she didn’t realise she had in the jungle, so has warned him any more indiscretions and he’s in trouble.”

In the wake of the rumours, the couple are discussing the possibility of renewing their wedding vows.

Girls With Goals || Her · Ep.156: 'Beauty Returns' - Rebecca O'Keeffe is BACK and we're talking about viral beauty trends
popular
Hilaria and Alec Baldwin welcome baby No.6 - five months after baby No.5
Palace source says THIS incident on the tour of Australia upset Meghan's staff
Someone has ranked the penis size of men from all over the world
Here's what happens on every day of your menstrual cycle (roughly)
Here's how long sperm actually lasts for after sex
Here's the average age people lose their virginity around the world
Meghan Markle's former colleague says she's 'not a person you can be friends with'
You may also like
1 month ago
I'm A Celeb producers book Gwrych Castle for 2021 series
3 months ago
I'm A Celeb end date confirmed as series wraps up early
3 months ago
Police investigating I'm A Celeb over fears non-native creatures are escaping
3 months ago
Ex-housemate has no sympathy for I'm A Celeb's Jordan North - because he let her gerbil die
3 months ago
Vernon Kay appears to be name dropping every celebrity on the planet on I'm A Celeb
3 months ago
'Ghost' spotted on first night of 'I'm A Celeb' at Gwrych Castle
Next Page