Dame Judi Dench may have hit the headlines at the cover star of this month's British Vogue – at 85, she's the oldest woman ever to do so – however, it's an interview with another A-list star in the magazine that's piqued our interest.

Jake Gyllenhaal chats to Olivia Marks in the latest edition of the magazine. The interview was done before the current Covid-19 resections had been applied, when the Hollywood star was set to appear in a stage show in London this summer.

There is, of course, plenty of interesting discussion in the full interview, which you can read here, as well as some black and white portraits of Jake that are more than a little bit dreamy.

But here are three of the points from the encounter that we found the most interesting and, frankly, endearing...

“Seeing life as something that is, you know, fleeting, and the world being as it is now… I’ve turned to love.” Throughout his career, @JakeGyllenhaal has been an actor known for his dedication to his art. But, as he approaches 40, work is beginning to matter less than a life well lived. For the June 2020 issue, prior to the Covid-19 pandemic, the actor spent time with @OEMarks in midtown Manhattan discussing everything from his liberal show-business upbringing and his new show, ‘Sunday In The Park With George’, to his love for all things British and why musical theatre is his true calling. See the full story in the new issue on newsstands and available for FREE digital download now, and read the interview in full at the link in bio. #JakeGyllenhaal photographed by @Christian_MacDonald_Studio and styled by @JackBorkett, with grooming by @LosiGrooming.

1. He takes his tea seriously

At the beginning of the interview, which took place in New York, Jake is depicted as making a cup of tea for himself and the interviewer on set at a photoshoot. We learn a lot about Jake through this act.

As people who also take their tea very seriously, we feel that this is to be applauded. In fact, we're already picturing Jake making many, many cups of tea for us. We're picturing him popping on the kettle without even being asked. We're picturing him squeezing out the used teabag and putting it in the bin and not the sink. We're picturing him giving us the good mug (you know, the curved one that holds loads of liquid).

Granted, two teabags is a little strong for our tastes, but he'd definitely only need one if it was Barry's. And, no, we don't take milk either. 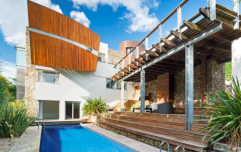 END_OF_DOCUMENT_TOKEN_TO_BE_REPLACED

Moody, broody Jake Gyllenhaal is not the kind of person you'd think would love musical theatre, but it transpires that the owner of piercing blue eyes loves nothing more than to burst into song. In fact, the London show he was due to appear in this summer was a Stephen Sondheim musical, Sunday in the Park with George.

“I do love acting in movies and I have had great luck,” he tells Vogue, “but really I feel at home when I’m acting and singing simultaneously.”

As people who also take their musical theatre very seriously, we feel that this is to be applauded. We're now picturing Jake belting out a selection of Wicked favourites while he makes the tea.

Happy 90th Birthday, Mr Sondheim. It is my deepest privilege to perform your work. Even from the basement of my house. And to do it with @annaleighashford ... nothing beats it. #sondheim90th If you can, please support @asteponline and the wonderful work they are doing.

3. He cries when he thinks of his best friends

Over the course of the interview we learn that Jake is the epitome of the modern man. He was raised in a strongly feminist environment and that he's very close to all of his family. He has a sensitive disposition and he's proud of it.  He's stepped back from concentrating on work and has "turned to love". He wants to have children.

We also hear that his male friendships are very important to him. He's still close to friends from school as well as the like son Ryan Reynolds and Tom Sturridge. In fact, so important is the support for his friends that he gets teary when the interviewer probes him on the subject. "You’re making me feel very emotional about my friends," he says, those blue eyes welling up.

As people who have spent most of lockdown spontaneously bursting into tears, we feel that this is to be applauded. Put the kettle on Jake, and pass the tissues.

popular
Her Quarantine Quiz Week 9: Iconic Irish music videos
PSA: White Claw Hard Seltzer is launching in Ireland next month
Thursday set to be the hottest day of the year, says Met Éireann
After days of silence, Scott and Sofia finally comment on the break up rumours
Patrick Dempsey Denies He Was Fired From Grey's Anatomy For Having An Affair With Intern
QUIZ: How well do you remember Angus, Thongs and Perfect Snogging (the movie)
XOXO: Here's everything we know about the Gossip Girl reboot cast
You may also like
3 weeks ago
Tom Hanks donates blood plasma for #Covid-19 research
3 weeks ago
There was an outpouring of love for Lily Allen from her fans as she celebrated a sobriety milestone
3 weeks ago
Vogue Williams wore a maxi kimono over jeans and now we want to wear a maxi kimono over jeans
3 weeks ago
Britney Spears accidentally burned down her home gym, prefers to workout outside anyway
3 weeks ago
Twitter's reaction to Zayn and Gigi's baby news is the lockdown content we need
3 weeks ago
Prince Harry is teaming up with Thomas the Tank Engine, and it's as adorable as it sounds
Next Page