"I would have preferred a happier, pain free, life."

Jameela Jamil has addressed the onslaught of online abuse she received last week following accusations that she had lied about her previous illnesses.

The presenter and actor has in the past spoken about her health issues including eating disorders and mast cell activation syndrome (MCAS), however a recent viral Instagram Story suggested that Jamil was suffering from Munchausen’s syndrome, a mental illness that causes a person to act as if they are unwell.

Jamil had also been accused of lying about her past modelling career, an issue that she addressed this morning via a statement on Twitter.

"Last week triggered me to a point of near death," she said.

"I have a fragile past with suicide. If you live in pain and have to survive a lot, just to still be here, it’s agonising to have people tell you that you made it up.

"What happened to me was incredibly cruel and scary and it triggered a lot of people who live in the same situation as me."

Jamil said that despite conflicting accusations that she had not been upfront about her illnesses, she has "answered every question about my health." 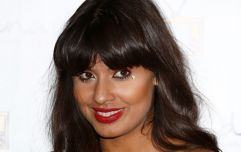 Jameela Jamil has come out as queer on Twitter, and serious respect

END_OF_DOCUMENT_TOKEN_TO_BE_REPLACED

"I have no further controversies to answer to and hope we can all move on from a conspiracy theory a privileged white woman I have never met," she said.

"... who has a very questionable professional history if you google her, including unacceptable statements victim shaming rape survivors… started against me for literally no reason, as I pose no threat to anyone other than the diet/detox industry."

Jamil said that she was "tired of the bullying" and "taunting"over her physical and mental health.

She added that she was sorry that those with invisible illnesses were being "used a punchline" by the likes of Piers Morgan, who she blocked on Twitter last week.

"I am so sorry to all the people who shared their accounts of not being believed over their chronic health problems and invisible disabilities," she said. "I’ve experienced that my whole life and it’s traumatising and isolating."

This comes after Jamil's partner, James Blake, issued his own statement regarding social media's treatment of his girlfriend, who is "dog piled on every day."

You can read Jamil's statement in full here.


popular
This STUNNING €40 Zara dress is all you need to update your wardrobe for summer
#Covid-19: Pharmacist shares how to tell the difference between hay fever and coronavirus symptoms
Woman demands her twin sister change her adopted daughter's name as she wants to use it
#Covid-19: Tesco make changes to their delivery system to favour elderly and in need customers
Florence Pugh responds to people's 'abuse' over her relationship with Zach Braff
Andrea Bocelli to livestream a concert from an empty Duomo Cathedral on Easter Sunday
'He lost his battle' Ailbhe Garrihy's beloved dog Bobby has died
You may also like
3 months ago
Adele shares gorgeous Christmas snap but the reaction to it is incredibly frustrating
10 months ago
Jameela Jamil tells Caroline Flack that Love Island 'would be even better with diversity'
10 months ago
Jameela Jamil has spoken about her abortion for the first time
1 year ago
Jameela Jamil has dropped some serious hints about The Good Place season three
1 year ago
The Good Place creator shares the first look at season 3 and we can't wait
1 year ago
Jameela Jamil posted these 'trash' magazine pics on Twitter and people are livid
Next Page