Actor James Franco has refuted claims that he attempted to lure a 17-year-old girl to a hotel while she was on holiday with her mother in New York City.

According to The Huffington Post, Franco met the teenager while signing autographs outside the Longacre Theatre and took a photo with her, which she subsequently posted to Instagram with a video of her encounter. It is alleged that the Milk actor then asked the Scottish girl if she would tag him in the video so he could converse with her and, in a series of messages, asked her age and if she would meet him at a hotel during her stay.

The 17-year-old asked for proof that she was actually talking to Franco, to which he sent a photo of himself with a piece of paper containing the girl's name. 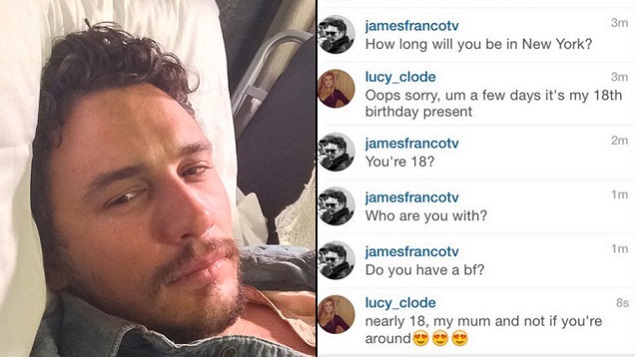 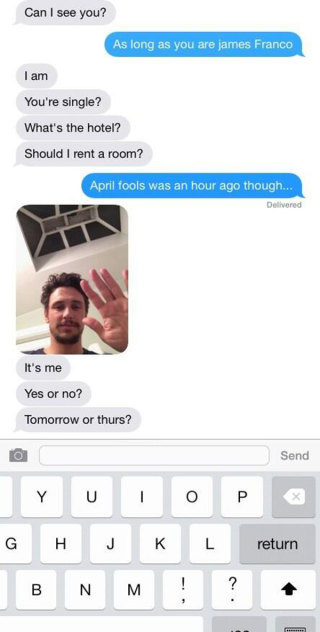 END_OF_DOCUMENT_TOKEN_TO_BE_REPLACED

The 35-year-old actor has not yet responded to the claim but posted the below photo to Instagram, which he subsequently tweeted with the caption 'I'M NOT! I HOPE PARENTS KEEP THEIR TEENS AWAY FROM ME. Thank you.' The photo has since been deleted but the tweet remains on his @JamesFrancoTV timeline.

It is now being speculated that the incident could be an elaborate publicity stunt for Franco's upcoming film, Palo Alto, in which he plays a high school teacher who has an affair with one of his teenage students. 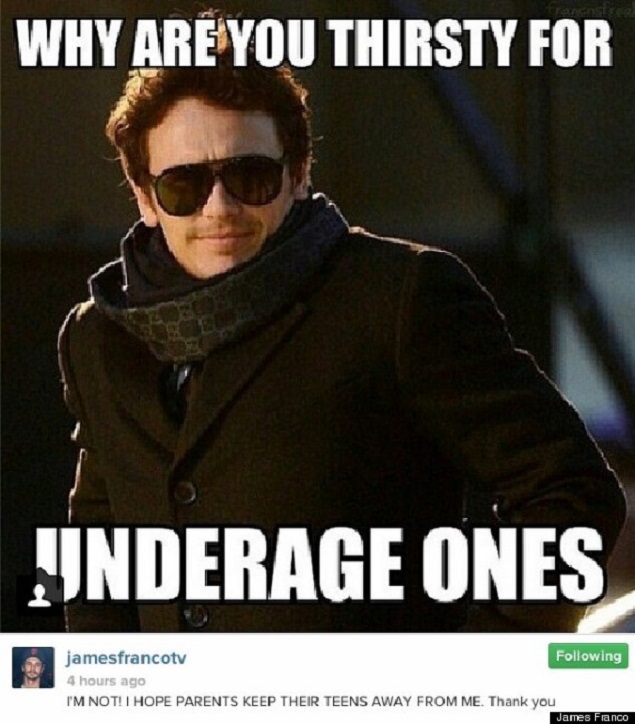