Jamie O'Hara has explained why he ended things with Bianca Gascoigne

So that's that then.

Aside from Kim Woodburn's outbursts, the romance between Jamie O'Hara and Bianca Gascoigne was one of the most popular talking points from the recent series of Celebrity Big Brother.

The pair appeared to be really into each other when in the house but once the show came to an end, things finished rather abruptly. 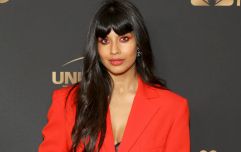 END_OF_DOCUMENT_TOKEN_TO_BE_REPLACED

There were rumours that Jamie had discussed the situation with a media outlet before talking to Bianca and you can find out more about that here.

The former professional footballer has since addressed the various rumours, with a statement released via his official Twitter account.

The father of three also revealed that he's in contact with his ex and although he doesn't go into detail about her identity, reports say he's referring to model Elizabeth-Jayne Tierney.

Here's what he had to say:

“The reason I left it with Bianca was because after I got out and sat down and looked at the whole situation I realised it weren’t for me, I have got a lot going on in my life and she had a boyfriend and he was devastated about the situation, I didn’t know the full extent of the situation until I got out and saw everything, as a man I didn’t do anything wrong I didn’t make any gain out of it.

"As for my ex we split up a while ago, I reached out to her because I realised she's an incredible person and having time apart made me realise what an amazing woman she is and I was lucky to have her in my life.

Here's my take instead of so called friend quotes, I never use anyone for my own gain ever. pic.twitter.com/eLEyYC6bnM

popular
Here are the baby name trends set to dominate 2023
Love Island's Faye Winter says she feels like she's "failing" as an influencer
Selena Gomez calls out "vile and disgusting comments" following Hailey Bieber interview
5 delicious brunch spots around Ireland to try out on your next trip with the girls
Stacey Solomon addresses previous comments about the monarchy
Royal Family ban TV channels from using funeral footage
Vicky Phelan's image projected onto GPO
You may also like
3 months ago
Fans say Ekin-Su has cemented herself a place in Love Island hall of fame after terrace antics
3 months ago
Exam board stands by ‘inappropriate’ Leaving Cert question about body types
4 months ago
Airport passengers left furious as queues stretch all the way to car park
4 months ago
Twitter reacts to Leo Varadkar's super organised fridge
5 months ago
Tánaiste Leo Varadkar condemns homophobic attack in Dublin City Centre
5 months ago
PSA: Twitter is FINALLY testing out an editing feature
Next Page