Jay-Z has revealed he and Beyoncé named their son Sir because of the way the baby "carries himself".

And while their daughter Rumi was named after the couple's favourite poet, the inspiration behind Sir's name is a little more unusual.

“Rumi is our favorite poet, so it was for our daughter.

And the dad of three also dished on how the pair's eldest daughter, 5 year old Blue Ivy, ended up featuring on his latest album 4:44.

“She got the headphones and she climbed on the little stool, and then she just started rapping.

The Empire State of Mind rapper also talked about the hook that went viral when the song was released in early July.

“She kept doing that ‘boom shakalaka, boom shakalaka.’ I was like, ‘Oh, she understands the concept of a hook.

The 47 year old also revealed that Beyoncé, Blue, Rumi and Sir will be joining him on tour later this year - and that he put off the tour for a few months to focus on family. 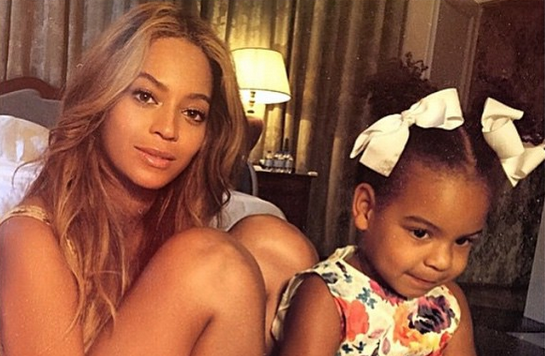 “I booked the tour for October so I could have at least four months to just really bond and see their fingers and s*** like that.

“They’ll be with me [on tour] anyway, but I’m just saying, like, [I needed] a space where I’m not doing anything.

“I’m just focused on them. I’m not thinking about a show at night or anything like that. That’s why the tour is so far away from the release of the album.”

popular
Deborah James "scared to go to sleep" as she receives hospice care
Wagatha Christie: Rebekah Vardy storms out of court just 30 minutes into final day
Traditional names such as Mary, Maureen, John and Michael may soon be extinct
Tributes paid after Love/Hate actor Stephen Clinch dies aged 52
Wait, is Maura Higgins in a new relationship?
Irish mum shares "harrowing" experience after kids almost abducted in Turkey
This Is Us stars say goodbye to show after emotional final episode
You may also like
1 year ago
Beyoncé makes history with 28th Grammy win as most decorated female artist of all time
1 year ago
WATCH: Beyoncé releases trailer for upcoming visual album, BLACK IS KING
1 year ago
Beyoncé and the NAACP have started a fund to support Black-owned small businesses
2 years ago
WATCH: Beyoncé performs at Kobe and Gianna Bryant's memorial at the Staples Center
2 years ago
Did you spot Beyoncé proving yet again why she's Queen Bey at the Golden Globes last night?
2 years ago
Beyoncé has opened up about suffering a painful miscarriage before the birth of Blue Ivy
Next Page