Jenny's due to undergo surgery next Wednesday.

Irish wedding photographer Jenny McCarthy has said that things are getting "very real" as she prepares for her upcoming brain surgery.

Jenny, who is married to Virgin Media's Martin King, is due in for surgery next week to remove swollen tissue from her brain. She previously underwent surgery on a tumour in 2011, but discovered recently that it is back.

END_OF_DOCUMENT_TOKEN_TO_BE_REPLACED

Thankfully this tumour is not malignant.

Taking to her Instagram stories earlier today, the photographer spoke to her followers about her feelings regarding the upcoming surgery.

Jenny also told her followers that she will be taking six weeks off after the surgery to recover.

She said: "This is my last full week in the studio, because I'm going in for my surgery on Wednesday week. It's getting very real now.

"I'm going to be off for six weeks after that and Amy, my sidekick and partner will be looking after all my shoots." 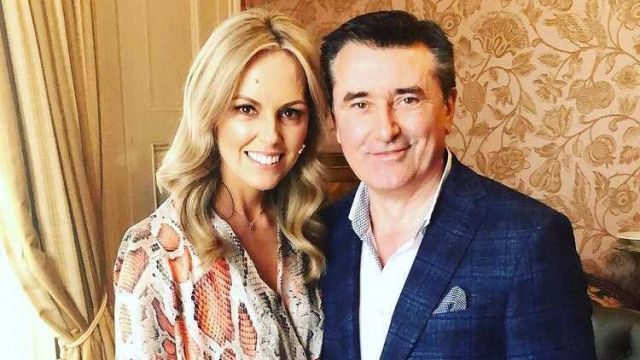 END_OF_DOCUMENT_TOKEN_TO_BE_REPLACED

On Instagram, she said: "Some of you may already know that I had a brain tumour removed successfully in 2011 by an incredible person, Professor Ciarán Bolger at Beaumont Hospital.

END_OF_DOCUMENT_TOKEN_TO_BE_REPLACED

"Unfortunately after a recent brain scan, it seems there is new activity. This means there is some "swollen tissue" which is probably a tumour growing back. Good news is, it's not malignant and Professor Bolger will need to carry out some brain surgery to remove it."

Jenny has also been extending her thanks to her followers for flooding her with support.

A few days after the initial health update, she said: "I'm, in good form, a bit emotional today reading all of your messages.

"I can't get back to every single person because I'd say there are a couple of thousand messages but I just wanted to come on myself to say thank you so much to each and every one of you."