Looks like Stephanie Davis has a penchant for the black stuff.

Stephanie shared a snapchat in what appears to be the Oliver St. John Gogarty pub, and later posted a picture of her new mate "Daisy the Irish sheep". 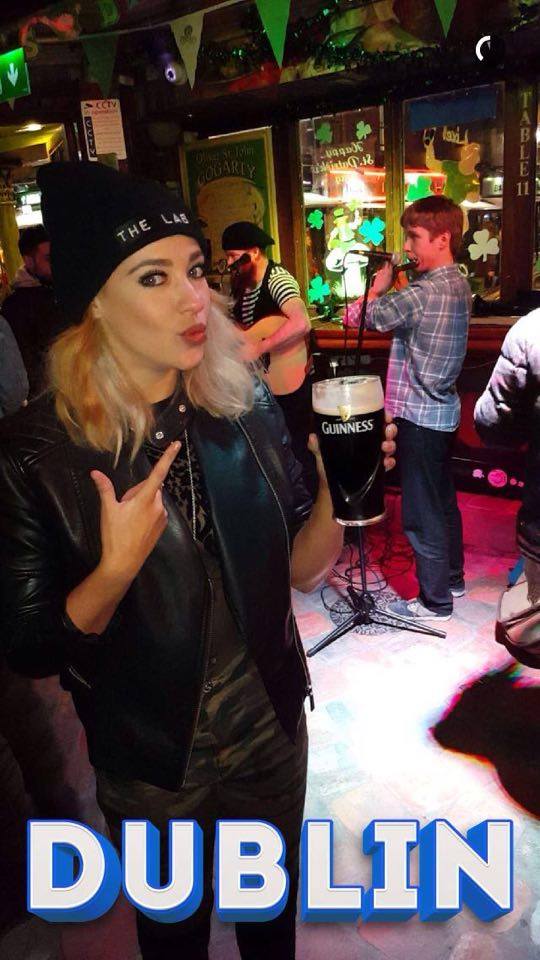 The photos have sparked rumours that the pair will spend Paddy's Day in Dublin, in the wake of them opening up to OK! Magazine about Jeremy's infidelity.

Stephanie told the magazine: "I’m going to continue getting counselling for my own insecurities and Jeremy is going to start seeing someone, too.

"He understands now that he needs professional help to get his emotions under control."

popular
Gardaí investigating woman's death after body found in apartment
Madeleine McCann investigators say they've found new clues that could "heavily incriminate" suspect
These are the top baby names for 2022
Teen who pushed girl “head first” under Dart to face trial in adult court
People are only realising Kendall Jenner and Gigi Hadid are related and the reactions are gas
Man charged in connection with Ashling Murphy's murder
Emmerdale star Toby Kirkup died hours after being discharged from hospital, inquest finds
You may also like
1 month ago
Tributes pour in for Irishman who died days before returning from Australia
4 months ago
Irish woman dies after being found in Berlin club
6 months ago
Louise O'Reilly: "There can never be enough diversity, but it needs to be genuine"
8 months ago
Irish collective release new female empowerment pop anthem
9 months ago
Almost 40% of Leaving Cert students have chosen not to sit the Irish exam this year
10 months ago
Neon knit of dreams: These Irish handmade pieces offer an alternative to fast fashion
Next Page