Jessie J Speaks Out About Her Mystery Illness At Wireless Festival

Jessie J defied doctor's orders and took to the stage at Wireless Festival this weekend.

Although she had previously warned that she would not be her "usual crazy self" at the gig, the "fragile" but determined star pushed through to perform for her fans. 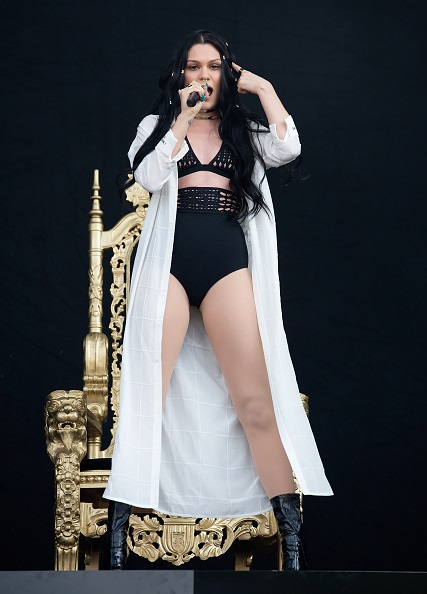 END_OF_DOCUMENT_TOKEN_TO_BE_REPLACED

The Bang Bang singer has not revealed the details of her illness, but did make reference to it throughout her energetic performance.

She told the crowd: "Please forgive me if I’m a little unsteady on my feet. The doctors told me not to come here today.

"My brain is telling my body to do one thing – but my body is doing the complete opposite. This is my first show in one month."

Getting ready for wireless today | ?

The star performed for the first time since her mystery operation (image via Instagram).

Following the performance, in which she belted out the set list from her current Sweet Talker tour, the star took to Instagram to express her gratitude.

She gushed: "I felt so lucky to be on stage today.

"It took everything I had but I did it, I did it. Thank you #wirelessfestival."

I felt so lucky to be on stage today | If you had seen me last week | No one in my friends and family thought I would bounce back for this show (inc myself) | It took everything I had but I did it | I did it | Thank you #wirelessfestival ??

The 27-year-old first sparked concerns about her health two weeks ago when she posted a photo from her post-op hospital bed, later writing "I am not ok".

popular
Women are rinsing their hair in apple cider vinegar – and the results are amazing
Scottish dance sensation Lily Douglas has sadly passed away, aged 14
Gardaí investigating alleged sexual assaults on teenage girls in Sligo
Jenny McCarthy shares update ahead of brain tumour surgery
Britain’s biggest family to break new record with another baby on the way
Worried about a loved one? Here are 5 signs of suicide to look out for
QUIZ: We bet you can't get full marks in this extremely frustrating geography quiz
You may also like
2 years ago
Turns out, this colour of wine gives you the WORST hangover
5 years ago
Gwen Stefani Receives Massive Backlash After "Insulting" April Fools' Prank
5 years ago
Katie Price Names And Shames The Twitter Trolls Bullying Her Son Harvey
5 years ago
Kim Kardashian Blasts "Body-Shaming and Slut-Shaming" In Brilliantly Honest Post
5 years ago
WATCH: Emma Watson Launched HeForShe Arts Week On International Women’s Day
4 days ago
Love Island's Amber Gill could be banned from Instagram over ad controversy
Next Page