Jesy told fans she had been "feeling unwell" recently.

Former Little Mix member Jesy Nelson has had to cancel an upcoming gig after testing positive for Covid.

Taking to her Instagram story, the singer told her fans she had contracted the virus and was currently self-isolating. 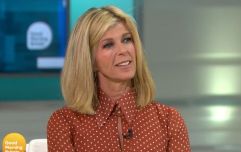 Kate Garraway says her husband Derek is back in hospital

END_OF_DOCUMENT_TOKEN_TO_BE_REPLACED

“It means that I’m no longer able to perform at Hits Live in Birmingham this Saturday. Apologies to any of my fans who bought tickets and I’m so sorry I can no longer be there.

“I hope you all have an amazing night, stay safe and I can’t wait to see you all soon love you so much.”

Jesy was set to perform in Birmingham on Saturday at Free Radio Hits Live 2021 alongside James Arthur, Anne-Marie, Mabel and KSI. 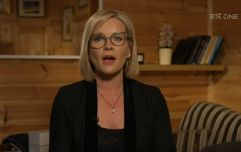 END_OF_DOCUMENT_TOKEN_TO_BE_REPLACED

The upcoming gig would have been one of Jesy's first live performances since setting out on her solo career and leaving Little Mix behind.

She is set to play Capital’s Jingle Bell Ball in December with artists such as pop superstar Justin Bieber, Years and Years, and Coldplay. 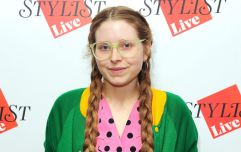 END_OF_DOCUMENT_TOKEN_TO_BE_REPLACED

"The constant comparison every single day, that was hard, and that eventually after 10 years takes a massive toll on your mental health," she said.

She recently admitted that performing as a solo artist is "really scary", as she made her debut TV performance with a live rendition of Boyz on The Graham Norton Show.

The remaining Little Mix band members released a brand new album, Between Us, last week to mark their 10-year-anniversary.

popular
Man charged with the murder of pregnant Natalie McNally
Wayne Lineker called out for comment on Tommy and Molly-Mae's baby news
Chris Hughes reveals he has been rushed to hospital in "worst" night of his life
Natalie Imbruglia's Torn is actually a cover and the original just isn't the same
Dani Dyer reveals the gender of her twin babies
Molly-Mae Hague's sister Zoe has just shared the cutest unseen pictures of baby Bambi
Love Island's Haris spills all on an unaired fight between Zara and Tanyel
You may also like
1 month ago
Covid booster vaccine now available to everyone aged 18 to 49
1 month ago
First person to get the Covid vaccine in Ireland has died
3 months ago
Leo Varadkar advises public to mask up as Covid restrictions debate returns
4 months ago
Tax-free payment of €100,000 available to families of healthcare workers who died from Covid
6 months ago
Dublin Airport denies making 1,000 people redundant during the pandemic
7 months ago
Aer Lingus apologises for multiple cancelled flights to and from Dublin Airport
Next Page