Johnny Depp has been dropped from Fantastic Beasts movies

"I have been asked to resign by Warner Bros. from my role as Grindelwald in Fantastic Beasts and I have respected and agreed to that request."

Johnny Depp will no longer be appearing in the Fantastic Beasts movies after being asked to resign from series.

The actor lost his high-profile libel case against The Sun earlier this week, over the newspaper's reporting of his violence towards his ex-wife Amber Heard. 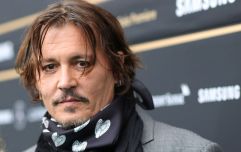 END_OF_DOCUMENT_TOKEN_TO_BE_REPLACED

"Firstly, I’d like to thank everybody who has gifted me with their support and loyalty. I have been humbled and moved by your many messages of love and concern, particularly over the last few days."

"I wish to let you know that I have been asked to resign by Warner Bros. from my role as Grindelwald in Fantastic Beasts and I have respected and agreed to that request."

"Finally, I wish to say this. The surreal judgement of the court in the U.K. will not change my fight to tell the truth and I confirm that I plan to appeal. My resolve remains strong and I intend to prove that the allegations against me are false. My life and career will not be defined by this moment in time."

Warner Bros has confirmed that the role will be recast. 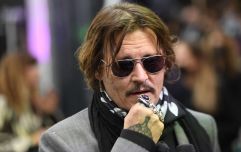 END_OF_DOCUMENT_TOKEN_TO_BE_REPLACED

"Johnny Depp will depart the Fantastic Beasts franchise," the studio said in a statement. "We thank Johnny for his work on the films to date. Fantastic Beasts 3 is currently in production, and the role of Gellert Grindelwald will be recast. The film will debut in theatres worldwide in the summer of 2022."

Girls With Goals || Her · Ep.161: Feeling Peachy - Sharon Keegan of Peachylean on being an absolute BOSS!
popular
Friends fans spot massive body double blunder in episode rewatch
Vicky Phelan "finally getting excited about coming home"
Love Island's Chloe Crowhurst injured in "serious car accident"
The DIY frozen coffee recipe that's so delicious you'll never pay for an iced latte again
TikTok star sentenced to 10 years in prison over "human trafficking"
Couple who can't agree on child’s name decide to each call her different things
"I was holding out for more the entire time": Why do so many of us go back to our exes?
You may also like
6 months ago
Amber Heard reportedly in talks for Pirates of the Caribbean all-female spin-off
2 years ago
Johnny Depp is suing his ex-wife Amber Heard for $50 million
2 years ago
Amber Heard received death threats following Johnny Depp abuse accusations
2 years ago
Apparently Johnny Depp has been fired from The Pirates of The Caribbean franchise
2 years ago
Johnny Depp confirms he will be back as Grindelwald in Fantastic Beasts 3
3 years ago
Johnny Depp stepped out this weekend and he looks COMPLETELY different
Next Page