"Why break their hearts when they're having such fun?"

A Place In The Sun's Jonnie Irwin has revealed he decided not to tell his children this could be his last Christmas.

Earlier this year, Jonnie, who was diagnosed with lung cancer in 2020, shared the news that his cancer is terminal. 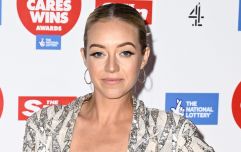 END_OF_DOCUMENT_TOKEN_TO_BE_REPLACED

Together, Irwin and his wife of six years Jessica Holmes have three children, Rex, four, and two-year-old twins Rafa and Cormac.

They decided not to tell their kids about their father's illness and that this could be his last Christmas with them.

"Why break their hearts when they're having such fun?" the couple explained.

"If you have 20 days left, why spend them in mourning and confusion?

"Why not just have 15 days of pure, blissful ignorance and five days of knowing the facts?"

Jonnie will sooner or later tell the eldest child about his illness but the couple is "still thinking about it." 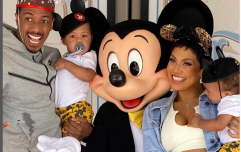 END_OF_DOCUMENT_TOKEN_TO_BE_REPLACED

He told MailOnline: "I'm not looking forward to the chat with Rex. We're still thinking about it. I've learned that it's best to do nothing if you're unsure."

Jonnie first became concerned about his health when his vision became blurry while driving. Medical tests later confirmed that he had cancer.

He publicly shared his diagnosis last month, after being told by doctors how his stage four lung cancer had spread to his brain and left him with just months left to live.

Recently he has been encouraging others to take out life insurance, which will provide financial help to his wife Jessica, and their three children.