We were so confused.

So last night, Justin Bieber sent the internet into a frenzy.

He posted a picture on instagram of an ultrasound scan, leading some to believe that he and his wife were expecting. 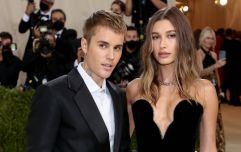 END_OF_DOCUMENT_TOKEN_TO_BE_REPLACED

However, considering the day that was in it (April 1st), we all just put it down as a joke.

But Justin really went for it, and even posted another batch of pictures.

In these, it looked like his wife, Hailey, was pregnant, and being attended to by a nurse.

He captioned the pictures of his wife: "If U thought it was April fools."

Well, we did. But then we doubted ourselves.

Then FINALLY, Justin posted an updated version of the original ultrasound, with a dog photoshopped into it. 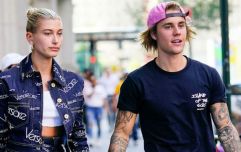 END_OF_DOCUMENT_TOKEN_TO_BE_REPLACED

Oh you got us good.

However, Bieber's little prank didn't really sit well with many, including his lovely wife.

On the first image of the ultrasound, Hailey commented: "Very funny..." and we sure did sense the sarcastic tone.

But some fans were more deeply affected by the prank.

If U thought it was April fools

"You’re literally such a loser for doing this. I hope you and your wife never have to experience what infertility or the loss of a pregnancy feels like because I guarantee this would no longer be 'funny' to you."

"I hope you never have to feel the heartbreak that comes with sitting on the bathroom floor staring at a negative pregnancy test over and over again."

Wait omg is that a,,, APRIL FOOLS

"Do you know there are women out there who listen to your music who have lost babies? Who are struggling to get pregnant? Who cry every damn time they see a pregnancy announcement that isn’t their own because the only thing they want more in the world is to be a mother? Yet here you are, pretending it’s all a joke." wrote another disgruntled fan.

Was this a harmless prank, or thoughtless?

popular
14-year-old boy charged with murder of 12-year-old Ava White
More than 10 suspected cases of Omicron in Ireland are being studied
Toy Show's sign language interpreter Amanda Coogan hailed a "national treasure"
Gogglebox fans shook by Lee's throwback photo of Jenny
8 of the hottest make-up trends to try this festive season
5 of the most ridiculous moments on Selling Sunset Season 4
Why Are Men so Obsessed With Boobs? The Answer is Pretty Surprising...
You may also like
5 days ago
The Grammy nominations are here... and Olivia Rodrigo is taking over
6 months ago
Controversy as China airs censored version of Friends reunion
1 year ago
Hailey Bieber has opened up about the 'struggles' she and Justin faced in their first year of marriage
1 year ago
Justin Bieber has revealed a 'crazy scary' battle with drugs in his new documentary
1 year ago
Justin Bieber just posted the sweetest message about loving his wife, Hailey
1 year ago
Justin Bieber takes to social media to tell followers of his Lyme disease diagnosis
Next Page