It's been something of a banner week for very rich men involuntarily having pictures of their penises ogled by millions of people worldwide.

You don't need to have paid much attention to the news in the past few days to know that megastar Orlando Bloom had his schlong snapped (not literally, we hope) while on holiday with girlfriend Katy Perry in Sardinia.

The images were of course censored by the media outlets reporting the story, but that didn't stop the more inquisitive men and women intrepidly scouring the internet for the real deal.

But if you thought the internet this week had peaked at naked Legolas, you were wrong. We have now entered what can only described as a dick war, and Justin Bieber has entered the fray.

The 'Love Yourself' singer has been the victim of a pecker picture leak before, but this time he was papped skinny dipping in Hawaii with model and rumoured girlfriend Sahara Ray, and it's fair to say this was a much more full-frontal (click that link for the pictures, if you haven't already guessed) affair than ever before. 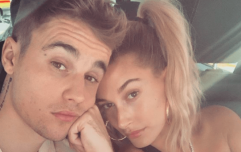 END_OF_DOCUMENT_TOKEN_TO_BE_REPLACED

There is, though, a further twist in the tale. Bieber's devoted legion of fans would not be happy at any suggestion that Orlando Bloom is packing more downstairs than their idol, and according to a Photoshop expert who spoke to The Mirror, it looks as though the original Bieber picture has been edited to make him look noticeably bigger in a certain area. Which means there could be any number of fraud Bieber rods circulating around social media as we speak.

There is no indication that Bieber or anyone connected to him were behind any devious tweaking, but The Mirror's source thinks it's possible that some anonymous Beliebers have been doing their damnedest to ensure he comes out of it looking better.

We won't show you any of those unpixelated pictures here, but we can assure you that with no more than five minutes of Googling you'll practically be fighting them off. Do what you need to do.


popular
Golden retriever Sunny delivers groceries to his owner's neighbour and what a good boy
Zara's €20 top comes in eleven different colours and it's the cosy comfort we need
#Covid-19: Life cannot go 'back to normal' after Easter Sunday, says Simon Harris
'You've been great' It looks like Harry and Meghan just shared their final Instagram post
Meghan and Harry issue statement following Donald Trump's Twitter comments
'Like so many other people in Ireland' Ryan Tubridy tests positive for Covid-19 virus
Ronan and Storm Keating have welcomed their second baby – and her name is the cutest
You may also like
1 month ago
Justin Bieber has revealed a 'crazy scary' battle with drugs in his new documentary
2 months ago
Justin Bieber just posted the sweetest message about loving his wife, Hailey
2 months ago
Justin Bieber takes to social media to tell followers of his Lyme disease diagnosis
2 months ago
Hailey Bieber opens up about social media cruelty in emotional Instagram post
2 months ago
LISTEN: Justin Bieber drops first new solo music in five years - and it's Yummy
2 months ago
Justin Bieber drops trailer for new docuseries that will show a 'full circle' look at his life
Next Page