Hailey and Justin Bieber will grace the cover of next month's Vogue US, giving an in-depth interview about life as a married couple.

In a fleeting romance turned marriage that was highly speculated on and photographed but never really discussed by the stars themselves, Hailey and Justin have just answered all our biting questions in a rare interview with the publication.

Explaining that they're currently in couples' therapy because "marriage is f*cking hard", Justin and Hailey revealed why they rushed to get married and well, it did come as a surprise.

According to Justin, the pair decided to get married so quickly because the 24-year-old singer was tired of waiting to have sex.

Having been celibate for over a year and a half, Justin admits that he realised in June of last year that he couldn't wait any longer and Hailey was certainly the one.

"I was like, Holy cow, this is what I’ve been looking for. I need one thing that’s certain, and that is my baby boo," the Baby singer revealed. 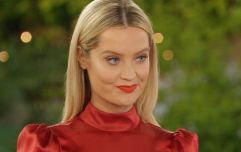 END_OF_DOCUMENT_TOKEN_TO_BE_REPLACED

Justin and Hailey are currently working through their issues in therapy with the couple revealing that their 2016 breakup still plays as a massive issue for the pair.

"There was a period where if I walked into a room, he would walk out," Hailey revealed.

She added that at the end of the day she believes the church brought them closer and so they're actively working to make their relationship the best it can possibly be.

In terms of children, there's no sign of them in the near future with Hailey and Justin admitting that they want to enjoy married life for a "couple of years" before even thinking of kids.

You can read more here.