Kate Middleton reportedly reached out to Meghan Markle after she admitted in a new documentary that she's not OK.

Speaking about the effect negative media stories were having on her life, Meghan told ITV's Tom Bradby;

"Not many people have asked if I’m OK. But it’s a very real thing to be going through behind the scenes.

"But I think that what that does internally is probably really damaging."

Now a royal source has said that Meghan's sister-in-law Kate contacted her with some words of wisdom after the interview aired. 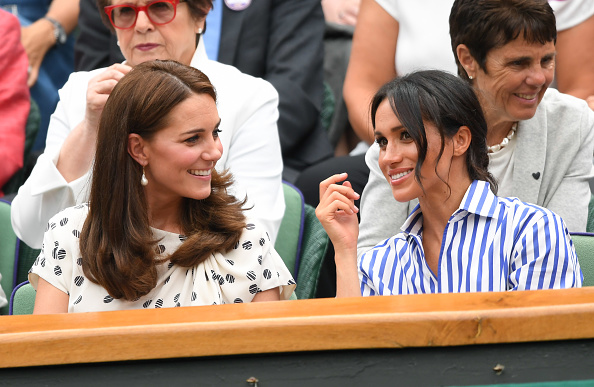 According to royal author Philip Dampier, Kate sympathised with the duchess.

"Kate feels sorry for her and knows that Meghan is struggling," he told Express.

"[She] has told Meghan that every royal – including herself – goes through a bad patch with the press but the important thing is to learn by mistakes, move on and get through it."

He added that he hoped Harry and Meghan didn't decide to leave the UK .

“It would be a disaster if Harry and Meghan quit and lived abroad – William and Kate would be devastated."


popular
David Beckham shared his dinner on social media and we really wish he hadn't
Dad hides coronavirus symptoms from hospital staff in order to see newborn
RTÉ share details of new classic movie schedule - and it all kicks off tomorrow
The lineup for tonight's Late Late Show has been revealed
The Sister is the gripping new drama that will be your next TV obsession
#Covid-19: Trinity College researchers find that Vitamin D can help fight coronavirus
#Covid-19: Next week will see decision on whether lockdown will continue past April 12
You may also like
3 days ago
'You've been great' It looks like Harry and Meghan just shared their final Instagram post
4 days ago
Meghan and Harry issue statement following Donald Trump's Twitter comments
1 week ago
Meghan Markle and Prince Harry have reportedly moved to California
1 week ago
The rumours are true! Meghan Markle IS voicing a Disney film
1 week ago
Meghan Markle could change surname once royal split becomes official at the end of March
2 weeks ago
Have you tried it? Meghan Markle's favourite foundation is one of the best face bases EVER
Next Page