Kate Middleton shares her favourite part of parenting and it's just so lovely.

Yesterday, Kate Middleton spent some time at the Henry Fawcett Children’s Centre in London to learn about various supports in place for parents, children and caregivers.

These programmes are designed to help parents understand their children and help them feel more confident with Kate Middleton getting hands on during her visit.

While there, the Duchess of Cambridge spoke to one of the mums and shared what her favourite part of parenting is. 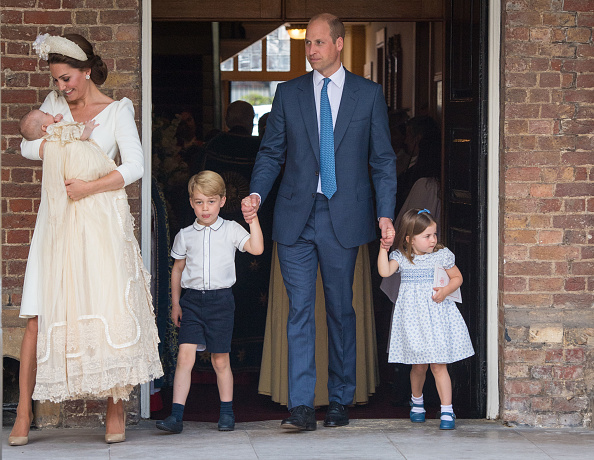 According to The Daily Mail, Kate Middleton spoke to one woman named Finesse, who has two children, a daughter (12) and a son(2).

"She was asking about the best thing for us as parents and told us that for her it was getting hugs from her kids".

END_OF_DOCUMENT_TOKEN_TO_BE_REPLACED

Lots of mums and dads will agree with her choice and it's refreshing to see that she's down so to earth and willing to chat about her family.

During her time at the centre, the Duchess chatted with the parents there and spoke about her personal experiences of bringing up children, even saying that all mums and dads have their ups and downs, regardless of who they are.

This isn't the first time the mum of three has spoken so openly about parenting and many praised for her comments during a visit to UK-based helpline, Family Line, back in January.

The Duchess of Cambridge visited @family_action’s Lewisham base today to launch their new national support line, FamilyLine. The new service connections ‘virtual’ volunteers by telephone calls, emails and texts to carers and parents in need of support. Swipe to see Her Royal Highness speaking to young carers supported by @Family_Action about the challenges they face managing their school work with caring for members of their family. 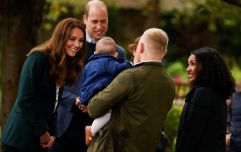 END_OF_DOCUMENT_TOKEN_TO_BE_REPLACED

Mum of three Kate was praised for speaking openly and honestly at the official royal engagement, saying that parenthood can be difficult and everyone struggles.

At the time, the 37-year-old said that mothers are usually given a lot of support in the early days but this can drop off after the first year.

popular
Traditional names such as Mary, Maureen, John and Michael may soon be extinct
Texas student says she "played dead" during school shooting to survive
First case of monkeypox confirmed in Republic of Ireland
Young mum packs her bags and travels the world with 3-year-old son
Viewers praise Dermot Kennedy for "powerful" performance after Late Late Show finale
Doctors urge women not to follow Kourtney Kardashian's 'semen' fertility advice
This girl absolutely SCHOOLED this guy for sending an unsolicited dick pic
You may also like
1 month ago
The Crown reportedly looking to cast a 'young Kate Middleton'
2 months ago
Prince William expresses "profound sorrow" over slavery
4 months ago
Kate Middleton tipped to replace Prince Andrew in new role
4 months ago
This is 40! The Duchess of Cambridge glows in 3 stunning new birthday portraits
7 months ago
Ant McPartlin opens up to Kate Middleton about his struggle with addiction
7 months ago
Richard Madeley under fire for comments about Kate Middleton's waist
Next Page