As fans of the royal family will know, Prince Harry and Meghan Markle got married in May 2019 and they have been the focus of much media attention since the big day.

Over the last couple of weeks, there have been rumours of a feud between Meghan and Kate Middleton and to be honest, we'll take this with a pinch of salt.

Despite Buckingham Palace releasing a very short but sweet statement on this subject, the rumours of a feud haven't abated just yet and here's the latest.

Apparently, Kate Middleton, the Duchess of Cambridge, who is married to Prince William, thinks that her brother-in-law has changed since meeting Meghan. 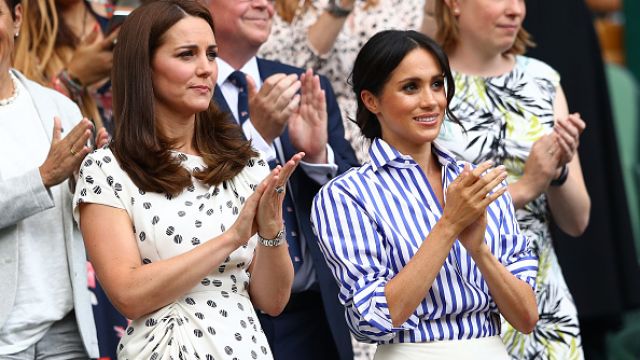 According to Express, Kate Middleton is concerned about the relationship between Harry and William 'deteriorating' and feels that Harry has changed in recent times.

William is thought to have expressed concern at the rate at which Meghan and Harry's relationship developed, they started dating in the summer of 2016 and then became engaged in December 2017.

A source told The Mail on Sunday:

“The problem is that the Cambridges felt things had moved very quickly between Harry and Meghan.

The insider went on to say that Kate and Meghan haven't been seeing eye to eye which adds fuel to the fire of this so-called feud.

"Meghan’s a strong character and so is Kate, so it doesn’t surprise me there have been clashes".

Now, there's every chance this is all just speculation and even if there is some tension, that's perfectly normal and happens to every family at one point or another.

Prince Harry may have changed somewhat since getting married but we doubt it's as dramatic as the rumours suggest, we'll just have to wait and see what happens next...

popular
All of the Love Island couples that are still together (and those that aren't)
Someone has ranked the penis size of men from all over the world
Here's what happens on every day of your menstrual cycle (roughly)
'Beard-baiting' is now apparently a dating trend - and we're all for it
The Queen has banned Meghan Markle from wearing any of Princess Diana's jewellery
Dirty Dancing officially arrives on Netflix today and that's our Sunday sorted
Kate Middleton has addressed the rumours that she's pregnant with her fourth child
You may also like
3 weeks ago
Prince Harry and Meghan Markle sign multiyear deal with Netflix
1 month ago
We now know what Meghan Markle wore on her first date with Prince Harry
3 months ago
Meghan Markle gave a powerful graduation speech to her old high school's students about the current US protests
4 months ago
The 'romantic' gifts Meghan Markle and Prince Harry exchanged for their second wedding anniversary
4 months ago
If this video of Meghan reading to baby Archie doesn't cheer you up, you're clearly dead inside
5 months ago
Prince Harry and Meghan Markle volunteer to deliver meals to vulnerable in LA
Next Page