We all know that Prince William proposed to Kate Middleton with Diana's stunning sapphire ring.

Well apparently said ring has caused quite a bit of controversy - and it actually stems back to Diana.

It has been reported that the royals were not happy when Charles decided to propose with the sapphire ring.

The issue was the lack of exclusivity.

According to a report in Vogue, the "crown jeweller Garrard featured the piece in its catalogue." 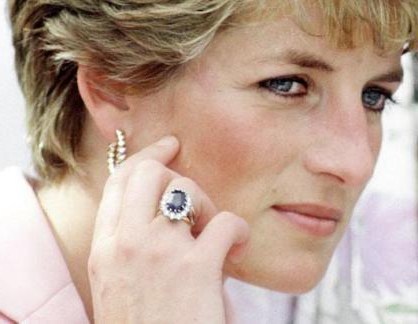 This meant that the ring was available for anyone to buy, well anyone who had a cool £47,000 lying around.

So technically a commoner could buy the exact same ring, which was looked down upon by members of the royal family.

The beautiful ring was inspired by the sapphire and diamond brooch that was made for Prince Albert in 1840.

Said brooch was then gifted to Queen Victoria as a wedding present, to represent her "something blue". 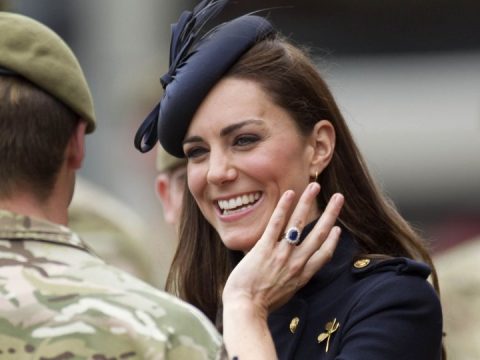 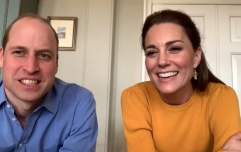 END_OF_DOCUMENT_TOKEN_TO_BE_REPLACED

The really special element of Kate Middleton's engagement ring is the fact that Diana chose it herself.

So much so that she continued to wear her beloved ring, even after herself and Prince Charles called it quits.

Kate Middleton loves her ring just as much as Diana did.

During her official engagement interview, Kate gushed about her gorgeous ring, saying:

"It’s beautiful–I hope I look after it! It’s very special."

popular
Katie Price's son Harvey taken to intensive care at risk of organ failure
Will Smith admits to 'failing miserably' in 21-year marriage to Jada Pinkett Smith
'She fought a courageous fight' - Actor Kelly Preston dies aged 57 from breast cancer
Irish mum shares videos of daily life living in emergency accommodation
5 new additions to Netflix to spend your Saturday night watching
These €40 Lost Stock fashion boxes are helping support factory workers in Bangladesh
Here's what happens on every day of your menstrual cycle (roughly)
You may also like
3 months ago
Prince William and Kate Middleton have hired Meghan Markle and Prince Harry's social media manager
3 months ago
Royal insider on how Prince Harry and Prince William's relationship has 'forever changed'
4 months ago
What Prince William said to Prince Harry at his last royal public appearance, according to a lip reader
4 months ago
Kate Middleton and Prince William share adorable photo from their tour of Ireland
4 months ago
Supermac's to give free dressed fries to anyone named Will or Kate during their Galway visit
4 months ago
The photo you want to see today is Kate and William meeting Ireland's first dog
Next Page