The glamour model, reality star, and former (but soon-to-be current) singer is reportedly doing whatever she can to ensure that doesn't go bankrupt.

This includes writing a tell-all book, relaunching some of her old fragrances, and filming a new reality show. 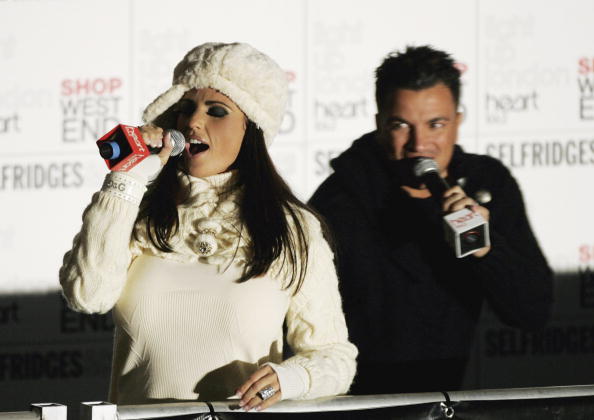 A source told The Sun that Price is taking whatever work she can get at the moment to avoid filing for bankruptcy.

“She’s filming the reality show, of course, and relaunching her make-up brand and her perfume line.

“She’s telling her team to find new ways to make money from the brand and is even re-starting her pop career and is getting a song written for her."

END_OF_DOCUMENT_TOKEN_TO_BE_REPLACED

Price's pop career soared to unprecedented heights in the mid-noughties with the release of her duet, Endless Love, with then-husband Peter Andre.

The pair also collabed on such instantly recognisable hits as Cherish and Lullaby. Their album was titled A Whole New World.

The source said that Price is hoping her new song will "sell loads of downloads" and that she will be able to "tour nightclubs singing it."

“She’s working on a new book – her 7th – and she’s got some really good stories to tell. It’ll be a bestseller with all the drama she’s been though in recent years.

“There’s so much that’s gone on behind the scenes and she can’t wait to tell her side of the story."

popular
Here's who Yvonne Connolly wants Jack Keating to couple up with
Rachel Stevens has split from her husband just weeks before their 13th anniversary
Irish girls name was the most used Irish name in the United States last year
Yes, Ronan Keating's son is entering the Love Island villa
10 stunning and affordable outfits that are perfect for a summer wedding
Airport outfits are all the rage as we head abroad - here are the 4 best ones
Love Island's Gemma finally tells villa about dad Michael Owen on TV
You may also like
1 month ago
Una Healy confirms breakup from Garda boyfriend
1 month ago
Modern Family's Jesse Tyler Ferguson expecting second child
1 month ago
Love Island's Jamie Jewitt and Camilla Thurlow welcome second child
1 month ago
Bonnie Ryan shares more details from Italian wedding
1 month ago
Gemma Atkinson and Gorka Marquez unlikely to get married this year
2 months ago
Love Island's Kaz and Liberty address "horrible" knife incident in LA
Next Page