Katie Taylor is about to make boxing history this weekend at Madison Square Garden as she's putting all of her belts on the line against Puerto Rico’s seven-weight champion Amanda Serrano.

This is the first time female boxers have fronted the iconic New York venue, and it's being dubbed the biggest ever in female boxing history.

END_OF_DOCUMENT_TOKEN_TO_BE_REPLACED

The 35 year old told PA news agency: "This has been dubbed as the biggest fight in female boxing history and ever since it was announced you can feel the buzz around this fight.

“I think I was born for fights like this and although it’s a huge responsibility, it’s an absolute privilege to be a part of such a huge occasion and I just can’t wait.” 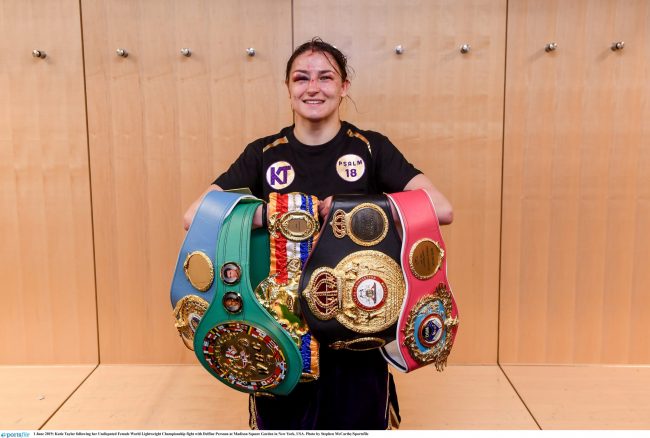 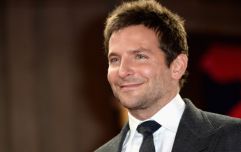 END_OF_DOCUMENT_TOKEN_TO_BE_REPLACED

Katie made history in 2019 when she defeated Belgium’s Delfine Persoon, becoming the eighth boxer during the four-belt era, male or female, to hold all the world titles, WBA, WBC, WBO and IBF, at the same time.

Katie dominated her weight division when she was an amateur boxer, winning five successive gold medals at the world championships and has an undefeated 20-0 record since turning professional in 2016.

Katie admitted that she wants to be the best boxer in the world, and this type of challenge is something that she's always wanted and will only make her more determined to defend her title.

Known to be a "big puncher", Katie isn't concerned about it at all, saying she has a "good chin".

While this is set to be Katie's toughest fight yet, she knows it is the same for her opponent, but that's not stopping her.

You can watch Katie Taylor vs. Amanda Serrano live and exclusive on DAZN April 30th

popular
Irish girls name was the most used Irish name in the United States last year
Why Are Men so Obsessed With Boobs? The Answer is Pretty Surprising...
Woman saved from hostage situation after leaving note on food delivery order
Love Island's Remi says arguments with Jacques "ruined" his time on the show
Buying fake designer goods abroad this summer can have some serious consequences
This high street interior collection is everything we want out outdoor space to look like
There's a new online Spotify game and you legit won't be able to stop playing it
You may also like
3 days ago
Woman saved from hostage situation after leaving note on food delivery order
1 month ago
Met Gala 2022: What happens inside the event and where do the funds go?
2 months ago
Tributes pour in for Irish firefighter who served during 9/11
3 months ago
You can buy a Friends-themed house complete with your very own Central Perk
3 months ago
Tributes paid to Monaghan woman who passed away in Brooklyn
4 months ago
Girl missing for almost three years found alive under staircase in New York
Next Page