"I was freaking out."

Kelly Clarkson has said that her ovarian cyst burst while she was filming The Voice - just one week after having her appendix rupture on stage.

The 'Since U Been Gone' singer said that she was filming an episode of the reality talent show when she felt a sharp pain in her side. 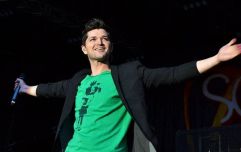 Danny O'Donoghue is dating a Brazilian Sports Illustrated model and fair play, like

END_OF_DOCUMENT_TOKEN_TO_BE_REPLACED

She turned to her co-host, Blake Shelton, and knew immediately that something had happened.

“Blake was talking to me and all of the sudden, everything he said just went away and I had to grab his arm and I was like, ‘Something is wrong,'" she told PEOPLE. 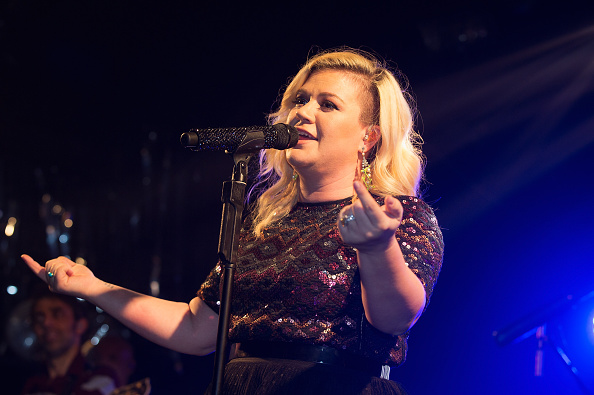 “That was more painful than the appendicitis. It was literally a week after my surgery so I was freaking out!

“I was hysterically laughing and crying at one point in the ER like 'What is happening?' I’m great now. I’m totally great now.”

Clarkson's appendix had ruptured just one week earlier when she was performing at the Billboard Awards.

She said that she continued to sing through the pain because she didn't want to "leave people hanging." 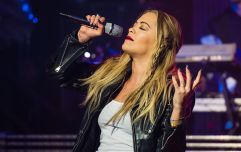 Former 'The Voice' Contestant Is Not Impressed With Rita Ora

END_OF_DOCUMENT_TOKEN_TO_BE_REPLACED

Ovarian cysts are fluid filled sacs inside an ovary or on its surface.

The majority of ovarian cysts are low level risk and tend to disappear over time by themselves. Others, however, can rupture causing severe pelvic pain and/or significant bloating.

Girls With Goals || Her · Ep.160: The Beauty Of Coaching - Hayley Harrison joins us from Sport Ireland
popular
The Handmaid's Tale season 4 confirmed for RTÉ2 this May
Regé-Jean Page arrives in Ireland to shoot new movie
Hairdressers will be "prioritised" in reopening plan for May
Storm Lola to bring high temperatures to Ireland, says Met Éireann
"I didn't sell anything" Pete Bennett defends sharing Nikki Grahame's last text to him before her passing
Brit Awards to host 4,000 people with no social distancing next month
A pink tampon disposal glove has been created - by three men...
You may also like
2 years ago
Ronan Keating's daughter unfortunately receives no turns on The Voice
2 years ago
Niall Horan shares his one piece of advice for aspiring singers
2 years ago
Songbird of our generation? The Voice UK is holding auditions in Dublin this month
3 years ago
Jennifer Hudson was shocked by what Olly Murs did on The Voice last night
3 years ago
Olly Murs has 'annoyed' Simon Cowell by joining rival show
4 years ago
Fans were obsessed with Emma Willis' outfit on The Voice last night
Next Page