We did not see this coming.

In fact, it is basically impossible to ever predict anything the KarJenners will do next but 22-year-old Kendall kissing her best friend's younger brother is one we truly could of never guessed.

Yes, in the early hours of yesterday morning, Kendall Jenner and 19-year-old, Anwar Hadid were spotted locking lips on a couch at a CFDA Awards after-party in New York City.

According to TMZ, the pair spent two hours together "kissing, cuddling and drinking", before Kendall returned to her hotel alone at 4am.

And it looks like the pair spent plenty of time in each other's company as Kendall even posted this snap of both of their hands on top of each other with no caption. Hmm. 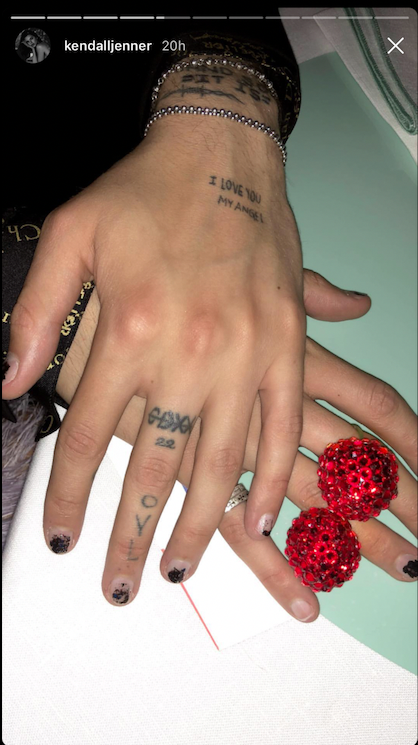 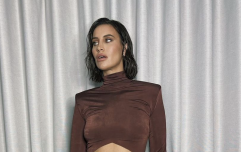 END_OF_DOCUMENT_TOKEN_TO_BE_REPLACED

Kendall Jenner was staying in the Mercer Hotel in Manhattan for the CDFA awards which her sisters Kim and Kourtney were too in attendance for. Kendall paired black cycling shorts with a black leather corset and a chiffon blouse for the after party where she was spotted with the youngest Hadid.

Kendall also posted this image back in October 2016 calling "dibs" on Anwar.

Looks like she stayed true to her word. Now... we wonder if there was any apology calls to Gigi and Bella for last night's shenanigans? Who knows.

popular
Tasha Ghouri hits back at another islander who called her relationship fake
Baby found unattended in pram in Dublin, Gardaí reveal
Joanna Cooper heartbroken after her mum is diagnosed with dementia
Blake Lively cast in film adaption of It Ends With Us
Love Island first look: The Hideaway is open tonight as Ron has something to tell Lana
Gwen Stefani reportedly pregnant with baby number four
Conor Mcgregor hit by car ‘at full speed’ while cycling
You may also like
1 month ago
TOWIE's Billie Faiers welcomes baby girl
1 month ago
Pete Davidson and Emily Ratajkowski snapped together in public amid dating rumours
2 months ago
Love Island's Chloe and Millie have moved in together after splitting from Toby and Liam
2 months ago
Carl Woods confirms break up from Katie Price
2 months ago
Kourtney Kardashian explains why she kisses Travis Barker....like that
2 days ago
Barry Keoghan dedicates Oscar nomination to his baby son
Next Page