Today, the Duke of Cambridge became Royal Patron of The Passage.

The Passage is the UK’s largest resource centre for homeless and insecurely housed people. Established in 1980, the charity has since helped over 130,000 people in crisis through its resource centre, homelessness prevention projects and two innovative accommodation services.

And today, to commemorate his new role, Kensington Palace shared a photo from Prince William's first visit to The Passage in 1993 which also features the late, Princess Diana and Prince Harry.

The Duke of Cambridge first visited The @PassageCharity as a child in 1993 with his mother Diana, Princess of Wales, and has made additional visits at various points over the last twenty-five years. pic.twitter.com/XCHqccfRSf

All smiles for the photo, a nine-year-old Harry and an 11-year-old William, sit alongside their mother before marking their visit with a signature in The Passage's visitor's book.

This entry in The @PassageCharity visitor’s book marks The Duke of Cambridge's first visit with his mother Diana, Princess of Wales in 1993. pic.twitter.com/iKgC5pQMaB

As a once passionate supporter of The Passage and all the work they do, it's clear that Princess Diana would be very proud of the Duke of Cambridge's new role. 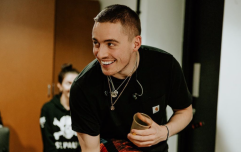 END_OF_DOCUMENT_TOKEN_TO_BE_REPLACED

Speaking at The Passage in 2016, William spoke about visiting the charity as a child saying:

"The visits I made as a child to this place left a deep and lasting impression upon me – about how important it is to ensure that everyone in our society, especially the poorest, are treated with respect, dignity and kindness, and are given the opportunities to fulfil their potential in life.”

William in The Passage earlier today for the first time as the charity's Patron.

We know Prince William will continue to work closely and provide even more for the charity in his new role.