Khloe Kardashian is being dragged for photoshopping a picture of True

Another day, another Kardashian photoshop fail.

This time around, it's Khloe Kardashian and it's a picture of her and her daughter, True.

To be fair, if it was a photo of herself, she'd be let off a bit easier, but we're guessing this photo was taken moments after True was born so, it's a little bad out.

It's True's first birthday today so obviously all the pictures are going up from every member of the Kardashian/Jenner family. Grand. 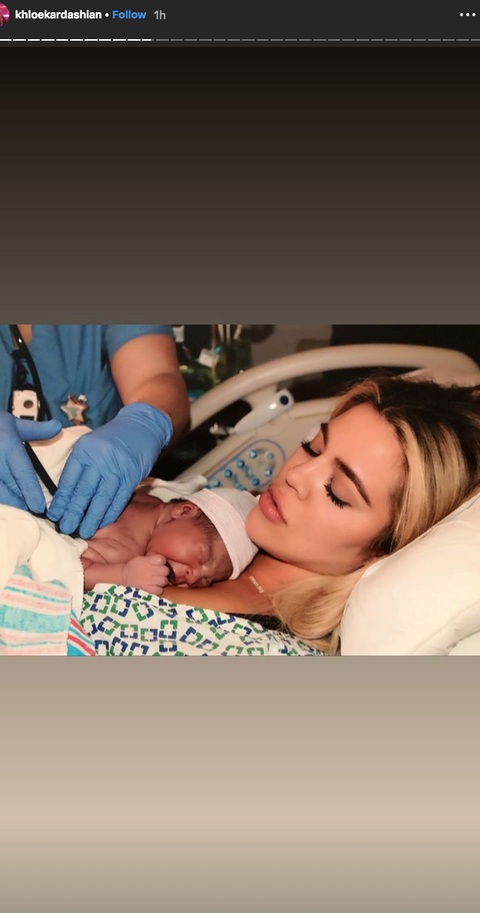 First of all, the lighting on her face is off compared to the rest of the photo, and her neck has been really smoothed out. Also, if you zoom to that blue remote thing by her head, you can see that the edges have been blurred.

You'd think with all of their money, they wouldn't have dodgy photoshop on pictures, huh?

And it happens ALL the time.

Just last week, the Kardashian/Jenner gals shared a photo to promote the new season and they all look admittedly glam AF. Beautiful and golden and sun kissed, as always.

Did Kendall get frozen in a pose and then fall over? Where is the lower half of Khloe's body? Are these important plot points? I have so many questions and I don't even watch the show.

Half of Khloe's body is missing, then everyone thinks Kendall wasn't really on the shoot and has been placed in, while Kourtney appears to have six toes.

popular
Man arrested after woman raped on train as passengers filmed it
Giovanni serenades Strictly partner Rose after Maura split
Jamie Redknapp marries girlfriend without ever announcing engagement
Family of four found dead in hotel sauna
"Real-life consequences": Strictly's Adam Peaty addresses near-kiss rumours
Will the clubs be reopening on October 22? Here's what we know so far
Man in his 30s killed in Meath crash
You may also like
6 months ago
Khloé Kardashian's name is actually pronounced 'Klo-ay', apparently
6 months ago
"That's the person I am:" Khloe Kardashian responds to trolling about her appearance
1 year ago
Tristan Thompson 'not giving up' on getting back together with Khloé Kardashian
1 year ago
Fans say Khloe Kardashian looks like a different person in her latest photo
2 years ago
Apparently, Khloé Kardashian is 'toying' with the idea of getting back together with Tristan
2 years ago
Malika Haqq, Khloe Kardashian's BFF, has announced that she's expecting her first child
Next Page