Kim Kardashian is facing backlash after posting a family photo in which her 5-year-old daughter is wearing lipstick.

The reality star and wife of rapper Kanye West is well used to controversy and being called out online and it seems that not even her Christmas photo is an exception. END_OF_DOCUMENT_TOKEN_TO_BE_REPLACED

Many fans and followers of the Keeping Up With The Kardashian star thought that it was totally inappropriate of the mum to let her small child wear makeup and weren't holding their opinions back.

"Now this is a lovely photo of all of you except why put makeup and red lipstick on your child? Let them be kids while they are young and to accept who and what they look like without it first. The time for that will come later and fast before you know it. Just a thought.." 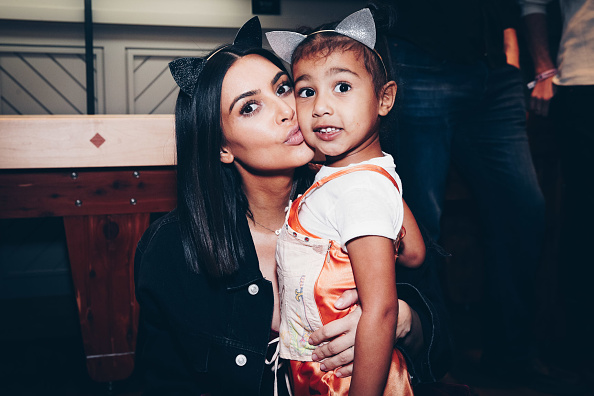 Kim, on the other hand, felt that it was a complete overreaction and that her young daughter was just dressing up like a lot of little girls do.

"She picked it though! It’s a special occasion!"

What do you think? Is five too young for lipstick or was North just having fun playing in her mother's makeup?

popular
Late Late Show viewers are not happy with Ryan's questions for Billy Connolly
10 items from Zara for the perfect autumn capsule wardrobe
WATCH: Parents see person walk past daughter's crib in creepy baby monitor footage
Former detective chief says Brian Laundrie discovery is "strange"
It's Happening! '23 Jump Street' Announced
Paris Hilton says she was "slapped" and "strangled" as a teen in youth care
This is how much 91-year-old Queen Elizabeth drinks every day
You may also like
4 weeks ago
Kim Kardashian may have just started filming her new reality show
3 months ago
Kim Kardashian is shutting down KKW Beauty
4 months ago
Idris Elba has a new podcast with his wife all about relationships
4 months ago
Kim Kardashian has us very confused by her birthday message to Kanye
4 months ago
Kim Kardashian reveals the reason she is divorcing Kanye West
8 months ago
It's over: Kim Kardashian files for divorce from Kanye West after seven years of marriage
Next Page