The singer gave birth to a baby boy at the end of May.

Walsh shared her news with OK! Magazine over the weekend. 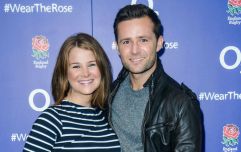 McFly's Harry Judd has become a dad for the third time

END_OF_DOCUMENT_TOKEN_TO_BE_REPLACED

Baby Nate is the couple's third child, and has big brothers Bobby and Cole to look up to.

Kimberly told the magazine that her due date was 8 June, but had to be induced 10 days early due to a number of concerns.

"I wasn't due until 8 June but when I had a last set of blood tests at the end of May they found these antibodies that hadn't been there the whole pregnancy," she said.

"They said it was unusual for them to show then, as usually they would treat them throughout the pregnancy.

"They took advice from the lab and paediatrician because the type of antibodies they were can cause anaemia in the baby, and the worst-case scenario would have been a blood transfusion for Nate." 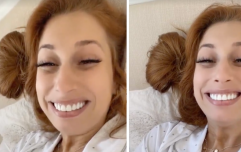 END_OF_DOCUMENT_TOKEN_TO_BE_REPLACED

The singer explained that because she was so far along in her pregnancy they decided to induce labour. Baby Nate was born on 28 May, weighing 7lbs and 4oz.

Her former bandmates ensured that she was surrounded with love and support following Nate's birth. Cheryl and Nicola came to meet the new addition while Nadine and her daughter are set to visit soon too.

Kimberly shared that Sarah Harding wasn't able to visit as she continues her breast cancer treatment, but she sent her flowers. The two are in touch frequently, and Kimberly has shared plenty of photos with her as well.

Walsh shared a precious snap from her OK! Exclusive photoshoot on Instagram yesterday.

In it, she cradles baby Nate, while Bobby and Cole cling onto their mum.

"Our baby boy is here and we are all totally besotted with this little guy and enjoying our little baby bubble," she wrote.

"Our crew is complete."

popular
Paris Hilton says she was "slapped" and "strangled" as a teen in youth care
Tesco is refunding 27,000 customers after overcharging them
Former detective chief says Brian Laundrie discovery is "strange"
This hot water bottle pouch is perfect for menstrual cramps
8 things we learned about Adele from her 73 questions with Vogue
WATCH: Parents see person walk past daughter's crib in creepy baby monitor footage
Someone has ranked the penis size of men from all over the world
You may also like
4 weeks ago
Simon Harris and wife welcome arrival of new baby boy
1 month ago
Little Mix's Perrie Edwards shares first photo of newborn son
1 month ago
YouTuber Zoe Sugg welcomes baby girl with Alfie Deyes
2 months ago
Irish actress Caitríona Balfe welcomes her first child
2 months ago
Simon Harris and wife Caoimhe expecting their second child together "soon"
4 days ago
It looks like it's all over between Maura Higgins and Giovanni Pernice
Next Page