Today, the fashion world is mourning the loss of a legend.

Karl Lagerfeld passed away this morning in the American Hospital in Paris, according to French publication Pure People.

The Chanel creative director was admitted to hospital on Monday before passing away on Tuesday aged 85.

END_OF_DOCUMENT_TOKEN_TO_BE_REPLACED

This comes after Lagerfeld failed to speak to fans at the climax of the Chanel fashion show in Paris last month because he was "tired."

It was the first time that the legendary fashion designer had not greeted the audience at the end of the show since he took over as creative director in 1983. 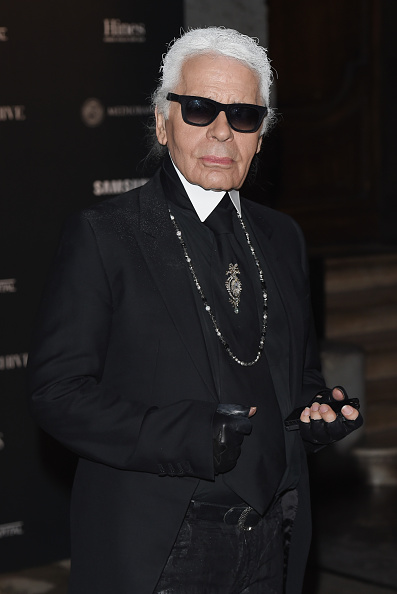 Spending a record-breaking 36 years at the helm of the fashion house, many are now taking to social media to pay their respects and share their fondest memories with the icon.

One, in particular, is Kris Jenner.  A close friend to Karl and a mentor to her children, often being seen sitting side-by-side at some of the fashion world's biggest shows, she wrote:

"You bought so much beauty, style, and grace to this world. Karl, you will forever be a true legend, an icon, an inspiration. It was such a thrill and a pleasure to have met you, to have worked with you, and to have experienced the amazing times when you would photograph my girls for your beautiful campaigns. There will never be another like you, my dear friend, and you will be truly missed."

Others too followed suit with Victoria Beckham sharing her deep sadness and love for Karl, writing: "Karl was a genius and always so kind and generous to me both personally and professionally."