There's certain songs from Frozen that are just impossible to get out of your head.

But while it may feel like you've heard some of them a thousand and one times already, we can guarantee you've never heard Do You Want To Build A Snowman? quite like this.

Kristen Bell showed off her serious vocal abilities during a recent chat show appearance, with a very, very unique version of the tune.

The actress was on Jimmy Kimmel Live this Halloween when she was asked to sing the sweet song. 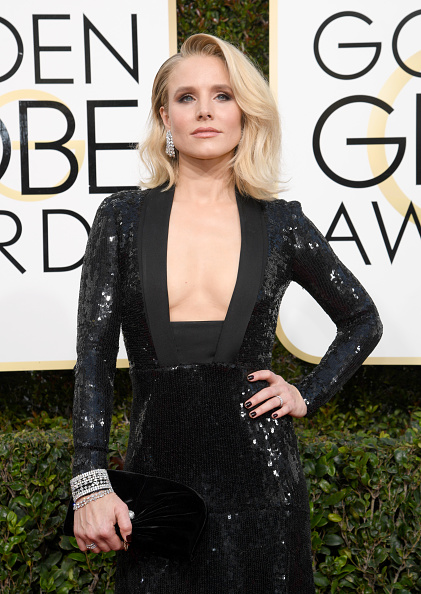 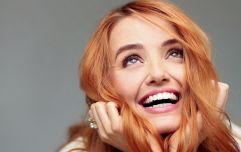 END_OF_DOCUMENT_TOKEN_TO_BE_REPLACED

Foo Fighters frontman Dave Grohl, who was stepping in for the chat show host that night, explained that his daughters were huge fans of Frozen.

He added that he'd become the coolest dad ever in their eyes if the pair could "jam" - and Bell was happy to oblige.

She dedicated the song to Grohl's three daughters, Violet, Harper and Fifi (Ophelia), before asking what he wanted to sing.

"[Do You Want To Build A] Snowman is my Highway to Hell."

Things took a bit of a turn when the band kicked in, turning the duet into a mashup with Metallica's Enter Sandman. 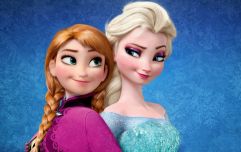 END_OF_DOCUMENT_TOKEN_TO_BE_REPLACED

And while it doesn't perfectly work, Bell was on hand to make the adorable Disney song as metal as possible, channeling the grittiest vocals she could.

The actress was unable to escape Frozen this Halloween, but she wasn't always in Princess Anna mode.

She shared a photo on Instagram showing off her costume, which she (begrudgingly) said matched her daughter Lincoln's outfit.

She wrote alongside it:

"When your daughter demands you BOTH be ELSA for Halloween...you GRIN AND FORKING BEAR IT."

popular
Here are the baby name trends set to dominate 2023
Love Island's Faye Winter says she feels like she's "failing" as an influencer
5 delicious brunch spots around Ireland to try out on your next trip with the girls
Selena Gomez calls out "vile and disgusting comments" following Hailey Bieber interview
The beginner's guide to upcycling: 3 essential tips for embracing DIY at home
Stacey Solomon addresses previous comments about the monarchy
Netflix's Dahmer series' inaccurate key detail changes everything
You may also like
6 months ago
Ukrainian girl who sang Let It Go in shelter escapes to Poland
10 months ago
Frozen star addresses possibility of third movie
1 year ago
QUIZ: How well do you remember the movie Frozen?
2 years ago
Josh Gad, aka Frozen's Olaf, is reading nightly bedtime stories for kids in isolation
2 years ago
Frozen: The Musical is coming to London's West End (and tickets go on sale this week)
2 years ago
Viewers praise Sophia's powerful anti-bullying message on the Late Late Toy Show
Next Page