It was one of the great celeb romances of our teenage years.

Many of us were obsessed with the Twilight series. We read the books and watched the movies and were absolutely ecstatic when Kristen Stewart and Robert Pattinson came out as a couple IRL.

Lovers both on and off screen, what more could you want? 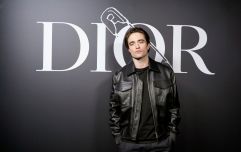 Robert Pattinson is the most beautiful man in the world, according to science

END_OF_DOCUMENT_TOKEN_TO_BE_REPLACED

That relationship came to an end and both have since moved on. However, in a recent interview Kristen said she still has fond memories of the time they spent together.

Kristen appeared on the The Howard Stern Show to promote the new Charlie's Angels flick and spoke about how they struggled to keep their relationship private as they were always in the limelight. They wanted to "put it on lock," she said, but they ultimately ended up depriving themselves of certain things.

"You deprive yourself of so many experiences. We don't wanna give it to 'em. But then, we didn't get to walk down the street holding hands, and it sucked." 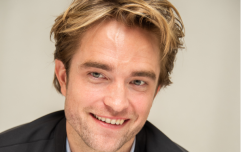 END_OF_DOCUMENT_TOKEN_TO_BE_REPLACED

Howard asked her what she thought of people thinking their relationship was for show, to which Stewart replied: "We were together for years, that was my first [love]."

"He's the best," she said of Robert. "You really think at this point, after all these years, that's how I live my life?"

Kristen is currently linked to Dylan Meyer following her split from Stella Maxwell.