'I want another baby': Kylie Jenner is already thinking of names for her next child

The new mum revealed in a Q&A that she's eager to have more children.

Reality TV star Kylie Jenner recently said during a Snapchat questions session Sunday night that she would love to have another baby. 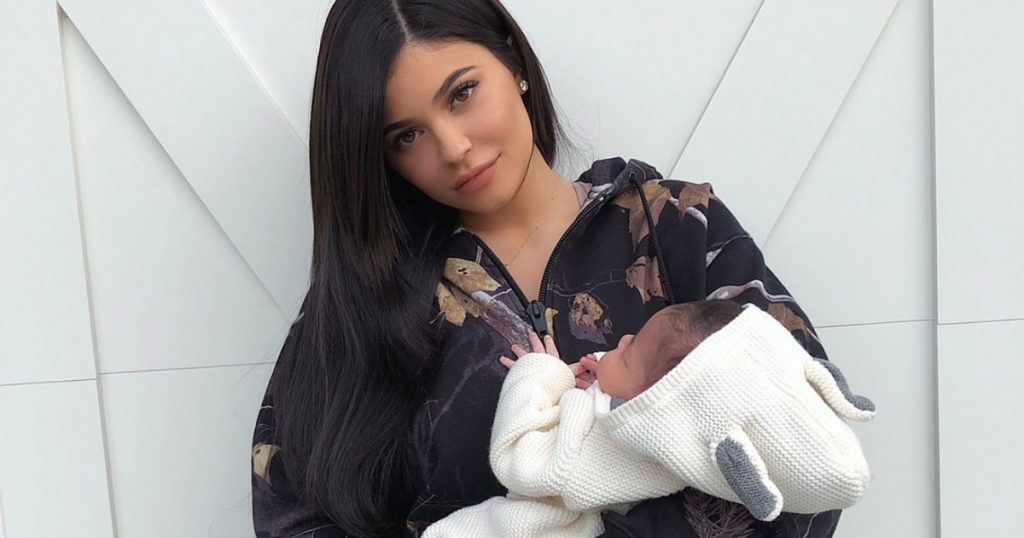 Kylie seems to be loving motherhood and told her fans on Snapchat that Stormi will definitely have a sibling in the future;

"I want another baby, but when is the question, and I'm definitely not ready right this second.

"I definitely want another girl, hopefully, and I want her to have a feminine name."

Jenner surprised everyone when after spending most of her life in the limelight, being the younger sister of Kim Kardashian, she kept her pregnancy completely secret. Though some speculated, the confirmation of Kylie's pregnancy didn't come until after she gave birth to her daughter in February of this year.

It seemed to fans that this may not be the case if Jenner should fall pregnant again and when chatting about her next pregnancy the star said;

"When I do, I would love to share more of that with you guys."

We probably won't be hearing any additional pitter patter of tiny feet just yet, but we can be sure to see more additions to the Kardashian-Jenner clan in the future. Until then we can just guess what the baby's name night be.

popular
Man arrested after woman raped on train as passengers filmed it
Taoiseach Micheál Martin asks public for 3 things, confirms some restrictions staying
Jamie Redknapp marries girlfriend without ever announcing engagement
Nightclubs will return with proof of vaccination under Government's new reopening plan
Giovanni serenades Strictly partner Rose after Maura split
Family of four found dead in hotel sauna
Will the clubs be reopening on October 22? Here's what we know so far
You may also like
1 month ago
"Stormi, we're gonna have a baby": Kardashians react to Kylie's baby no.2 news
1 month ago
Can we stop presuming women are pregnant?
3 months ago
Stormi Jenner, 3, is about to launch her own brand
3 months ago
Kylie Jenner lip kits are coming to Boots soon
6 months ago
Kylie Jenner addresses criticism over make up artist's GoFundMe
1 year ago
Kylie Jenner boosts US voter registration traffic by 1,500%
Next Page