"I looked backed at my guardian angel. I smiled at her shaking form, thankful that at least she would be okay."

Lady Gaga's dog walker has take to Instagram to post about the shooting he was involved in where the singer's two dogs were stolen.

Ryan Fischer was walking Gaga's three dogs when a car pulled up and two men got out and tried to steal all three dogs, of course Fischer didn't make it easy for them and put up a struggle. He was shot in the attack and two of the dogs were taken, one managed to escape and waited by his side. 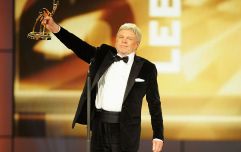 END_OF_DOCUMENT_TOKEN_TO_BE_REPLACED

Ryan posted pictures of himself in hospital on Instagram with the caption: "4 days ago, while a car sped away and blood poured from my gun shot wound, an angel trotted over and laid next to me. My panicked screams calmed as I looked at her, even though it registered that the blood pooling around her tiny body was my own."

"I cradled Asia as best I could, thanked her for all the incredible adventures we’d been on together, apologized that I couldn’t defend her brothers, and then resolved that I would still try to save them… and myself."

He says that in those moments he was "hopeful that my calm(ish) and forceful pleas for the urgency of my care as well as the focused descriptions of the dogs would be enough to help me and get enough police and media attention to find the boys, I looked backed at my guardian angel. I smiled at her shaking form, thankful that at least she would be okay."
.
"From that point, right as the neighbors poured from their homes and restaurant to us on the sidewalk, life has taken a very sudden and unexpected turn."

Lady Gaga's dogs were handed into a police station over the weekend and are reported to be safe. An unnamed woman brought them back to be reunited with their family.

END_OF_DOCUMENT_TOKEN_TO_BE_REPLACED

In a second post which also featured a pic of Ryan in his hospital bed on the mend he wrote: "I am still in recovery from a very close call with death and have kept myself (for the most part, I mean I am human) from the growing media story."

He thanked his followers and the police, "I am humbled and grateful that attention and focus from the police were enough to get Koji and Gustav back to safety, and I know they are committed to bringing these criminals and attempted murderers to justice. I am so appreciative of everything you continue to do."

He tagged Lady Gaga and said "your babies are back and the family is whole… we did it! You have shown so much support throughout this whole crisis to both me and my family. But your support as a friend, despite your own traumatic loss from your kids, was unwavering. I love you and thank you."

popular
Gardaí investigating woman's death after body found in apartment
Madeleine McCann investigators say they've found new clues that could "heavily incriminate" suspect
These are the top baby names for 2022
Teen who pushed girl “head first” under Dart to face trial in adult court
People are only realising Kendall Jenner and Gigi Hadid are related and the reactions are gas
Man charged in connection with Ashling Murphy's murder
Emmerdale star Toby Kirkup died hours after being discharged from hospital, inquest finds
You may also like
6 days ago
Holly Willoughby says she was surprised when she fell in love with her "best friend"
6 days ago
Love Island's Chloe Crowhurst is pregnant with her first child
6 days ago
YouTube star Adalia Rose dies, aged 15
6 days ago
Kanye West is allegedly a suspect in an LA battery
6 days ago
Britney claims Jamie Lynn's memoir is "at my expense"
6 days ago
Boyzone reunite in support for Keith Duffy as he gives heartbreaking eulogy at dad's funeral
Next Page