It is safe to say that the last month has been an emotional one.

We have seen people show courage and bravery like never before. Speaking out about personal sexual assault attacks, uniting together and for the first time, standing in unity across the world, stronger and taller than the coward's who commit these horrific acts. 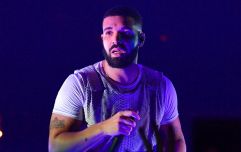 END_OF_DOCUMENT_TOKEN_TO_BE_REPLACED

It's been a testing time for sexual assault victims and the general public, and now the latest stars to speak out about sexual harassment and assault are Lady Gaga and Joe Biden. The pair have joined forces to remind people of the 2014 White House initiative "It's On Us" which voices that it is on all of us to come together to stop acts of sexual violence from occurring.

In the clip Biden says:

"We want to make it real clear that it's on us, it's on everyone, to intervene and stop abuse when they see it and when they hear about it."

Gaga, who was once a victim of sexual assault continued the message by saying:

"It can be terrifying waking up every day feeling unsafe in your own body. We're here to remind you that it's important to reach out to someone in your life that you can trust and to know that they will be there to help you. There will be someone to listen, because you know what? It's on us."

A message from me & my buddy Vice President @JoeBiden @ItsOnUs to stop sexual assault. Go to https://t.co/aMd5silSst #ItsOnUs to help. ?? pic.twitter.com/w5JGRCd2z8

popular
Claire Byrne Live viewers in shock as woman shares family DNA secret
Gogglebox fans show an outpour of support for star after hospital picture
Saoírse Ruane's family "so grateful" after surgery goes as planned
Two youths found guilty of violent disorder after girl pushed under DART
Lesbian couple attacked in Dublin thank public for support
Man behind Marilyn Monroe dress says letting Kim Kardashian wear it was a "big mistake"
Derry Girls creator shares three more storylines that never made it into the show
You may also like
10 months ago
Women confront stranger who was "taking pictures" of them at the pool in TikTok
1 year ago
Former ballerina with Alzheimer’s listens to Swan Lake and remembers routine
2 years ago
WATCH: Meet 88-year-old 'Paddy Christmas' who has become a local hero for his festive lights
2 years ago
WATCH: We tried eggnog for the first time and have some very important thoughts
2 years ago
WATCH: Kim Kardashian just proved she's the chocolate connoisseur of our generation
2 years ago
Ariana Grande gets permission to sample Kylie Jenner's 'Rise and Shine' lyric
Next Page