Viewers rose to 2 million during the first show. 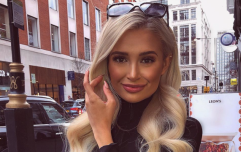 END_OF_DOCUMENT_TOKEN_TO_BE_REPLACED

The Love Island spin-off returned to our screens last night, with Laura welcoming in Maura Higgins, Joel Dommett and Clara Amfo to discuss the first two episodes of the winter series.

As well as discussions about what went on in the villa, the show also features never-before-seen exclusive clips and a live call from one of the Islanders.

The Bray native attracted 1.4 million more viewers than previous years which is a major step up.

Laura took to Instagram to share a screenshot of a text she received of the new numbers, to which she said she was absolutely gobsmacked. 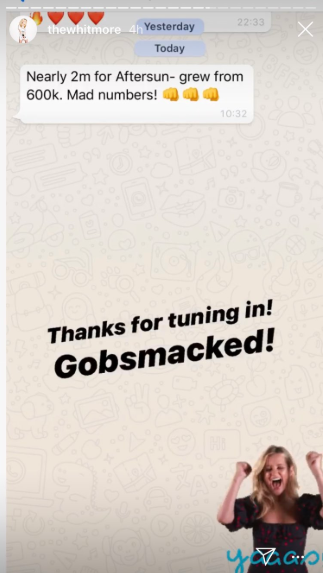 "Thanks for tuning in! Gobsmacked!" she wrote on the Instagram Story. 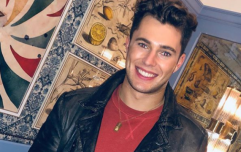 END_OF_DOCUMENT_TOKEN_TO_BE_REPLACED

This afternoon, she shared a post by the Mail Online which has her looking particularly happy. The headline said: "Laura Whitmore looks VERY pleased as she steps out following her Love Island debut as she celebrates 1.4MILLION viewership increase for Aftersun."

I had actually just spotted there’s a sale in Selfridges... but thanks everyone who tuned in last night. The show is available on the @itv player now ? #loveislandaftersun

The presenter captioned the post: "I had actually just spotted there’s a sale in Selfridges... but thanks everyone who tuned in last night."

Honestly, the show already has us hooked and we can't wait to see what goes down tonight.

Girls With Goals || Her · Ep.160: The Beauty Of Coaching - Hayley Harrison joins us from Sport Ireland
popular
Starbucks has a bubblegum-flavoured frappuccino on their menu – but you need to hurry
TV host makes baffling remark about Meghan Markle's 'reaction' to royal family photo
Why Prince Harry and William aren't walking together at Prince Philip's funeral
Kate Middleton has addressed the rumours that she's pregnant with her fourth child
Jennifer Aniston is reportedly pregnant with her first baby
Someone has ranked the penis size of men from all over the world
M&S just launched the designer collaboration of dreams – with the ONE dress everyone needs
You may also like
5 days ago
Love Island officially accepting applications for gay contestants
1 week ago
Love Island season 7 set to start in June
2 weeks ago
Love Island rumoured to return to Spain this summer
1 month ago
ITV confirms Love Island is returning this summer
2 months ago
Love Island's Zara McDermott shares experience of image based sexual abuse when she was 14 years old
2 months ago
Love Island plans to film in the UK this summer
Next Page