Lea Michelle has touched down in Dublin. Sharing an image with the world, the star posted her half pint of Guinness on Twitter with the caption:

"CHEERS! Dublin we have arrived! So excited to be here!"

CHEERS! Dublin we have arrived! So excited to be here! ???? pic.twitter.com/kDTY7mi4SJ 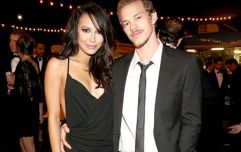 END_OF_DOCUMENT_TOKEN_TO_BE_REPLACED

The star from the hit TV series, Glee, is in Dublin for a gig at Vicar street alongside fellow Glee star, Darren Criss who played Blaine Anderson (Kurt Hummel's love interest).

The pair who arrived yesterday will be taking to the stage tonight for what is expected to be a night of laughs and music. Kicking off their UK and Ireland tour, the duo will be performing various hits including tracks from Lea's albums “Louder” and “Places”. 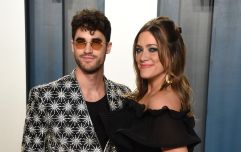 END_OF_DOCUMENT_TOKEN_TO_BE_REPLACED

After tonight, the pair are expected to spend tomorrow in Dublin soaking up the sights before heading to the UK for a show in Brighton on December 1. After that, the pair will tour to London, Glasglow, Manchester and Birmingham, wrapping up their tour on December 7.

Tickets for tonight's gig cost €44 and still on sale here.

popular
Claire Byrne viewers heartbroken after Des Cahill recalls "parent's worst nightmare"
WATCH: People are losing it over clip of Kendall Jenner trying to climb stairs at Kourtney's wedding
The hottest weekend of the year is only a matter of days away
Amber Heard's lawyers will not call Johnny Depp back to the stand
Two men arrested after man found dead at Kerry house party
Wagatha Christie: Rebekah Vardy storms out of court just 30 minutes into final day
Kate Moss to testify in Johnny Depp vs Amber Heard case this week
You may also like
3 months ago
Yes, Selling Sunset's Chrishell was engaged to Glee's Matthew Morrison
3 months ago
Glee star Jenna Ushkowitz expecting baby girl
10 months ago
Naya Rivera remembered on anniversary of her passing
1 year ago
Glee cast reunite to pay touching tribute to Naya Rivera
1 year ago
Christmas fundraiser launched in Glee's Naya Rivera's memory
2 years ago
A Glee star has joined the cast of American Horror Story season nine
Next Page