Photos obtained by TMZ show the 29-year-old hand-in-hand with fellow Aussie Maddison as they walked down the street.

The pair were also seen dining at Sant Ambroeus before going on a stroll.

Brown is known for playing Kirby Anders on the CW reboot of Dynasty. She also starred in Strangerland alongside Nicole Kidman. 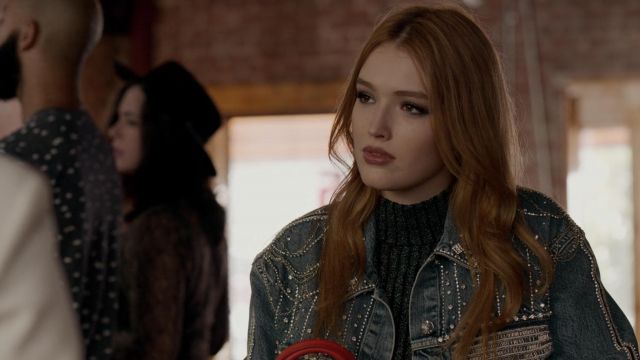 Liam Hemsworth and Miley Cyrus announced they had decided to go their separate ways in August, after eight months of marriage.

Since then, Cyrus has been linked to Kaitlynn Carter and, more recently, Australian singer Cody Simpson.

The singer recently shared a lengthy statement responding to the people who thought she may have moved on from the end of her marriage too fast.

"This 'dating' thing is new to me, too. I've never been an 'adult'/grown ass woman experiencing this. I was in a committed relationship for almost all of my teens and early 20s, with the exception of a few breaks.

"Don't pity me, that's not what I'm asking for. I have a great life I wouldn't trade for 'privacy' - but PLEASE don't make this awkward for me.

"I am trying to make like and like always make fun of myself/the public's perception of me.

popular
This amazing hanging egg chair is coming into Aldi next week and go, go go (but safely)!
Paul Mescal wore O'Neill's shorts while carrying cans of pink gin so I bought O'Neill's shorts and cans of pink gin
5 reasons why we need more videos of Doireann Garrihy's new puppy immediately
Today is the hottest day of the year, as temperatures set to rise to 26 degrees
Her Quarantine Quiz Week 9: Iconic Irish music videos
Lidl is launching a new hyaluronic skincare range and the serum is only €3.49
After days of silence, Scott and Sofia finally comment on the break up rumours
You may also like
4 months ago
Liam Hemsworth and Gabriella Brooks are officially dating
4 months ago
Lindsay Lohan slides onto Liam Hemsworth's Instagram comments, avoids DMs
6 months ago
Elsa Pataky says brother-in-law Liam Hemsworth 'deserves much more' after split from Miley
7 months ago
Cody Simpson just shaded Liam Hemsworth in a totally unnecessary move
7 months ago
Cody Simpson subtly shades Liam Hemsworth during TV interview
7 months ago
Liam Hemsworth seen kissing Maddison Brown, so that pretty much confirms that then
Next Page