Lili Reinhart and Cole Sprouse have appeared to respond to rumours they have split.

Earlier this week, the Riverdale co-stars were reported to have split after around two years of dating.

The pair were said to have kept their distance from each other at Entertainment Weekly's Comic-Con party lsat weekend and were "rarely" seen together. 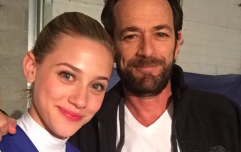 END_OF_DOCUMENT_TOKEN_TO_BE_REPLACED

However, on Thursday, the co-stars shared a photo from their new, joint cover of W Magazine on their respective Instagram accounts as they poked fun at "reliable sources".

It's not a confirmation they've split; but it's also not a denial, either.

“BREAKING: A reliable source has confirmed that none of you know shit," Reinhart wrote. 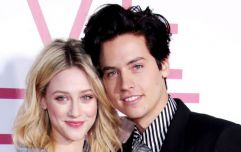 END_OF_DOCUMENT_TOKEN_TO_BE_REPLACED

Sprouse shared the same image on his own account, echoing similar feelings about not believing everything you read.

“UNPRECEDENTED: Cole Sprouse and Lili Reinhart consume the flesh of ‘reliable sources’ to fuel their bacchanalian sex cult,” he wrote alongside the photo.

The interview with W took place two months ago - and the pair insisted on speaking to the writer separately.

During the interview, Reinhart explained that Sprouse was the one who encouraged their relationship to be kept a secret.

“At first, I didn’t want things private. Now that I’m X amount of years in, I do appreciate the privacy we have, that he’s encouraged me to take.

"No one knows how long we’ve been together, and no one will until we’re ready to say it. No one knows how we fell in love, except for our close friends and us. It’s really special.”