Times are changing for Lindsay Lohan.

It has been reported that Lindsay Lohan's Mykonos beach club has closed its doors after just over a year in business.

According to Page Six, the club closed in May and all reservations have been cancelled. Onlookers who passed the club in recent weeks also reported the venue looking abandoned and the main sign taken down from the front of the premise.

It has been reported that Lindsay's MTV series based around her club in Mykonos will also not be renewed for a second series.

Page Six continued that this is due to a reported "lack of drama" however, in a deleted post, Lindsay has since called out the report, asking the publication to tell "real news" yet didn't comment further on what would happen with her series. 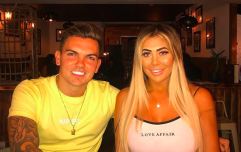 END_OF_DOCUMENT_TOKEN_TO_BE_REPLACED

The star simply said she was focusing on her family and friends for now.

It's also circulating that MTV wants to try and do something to save the show however, with Lohan Beach House now shut on the Greek island, it's uncertain as to what they could do.

Apparently, figures on the show also suffered a hit, plummeting from episode one of series one and so, maybe it's best she tries pastures new.

popular
Natalie Imbruglia's Torn is actually a cover and the original just isn't the same
Wayne Lineker called out for comment on Tommy and Molly-Mae's baby news
Chris Hughes reveals he has been rushed to hospital in "worst" night of his life
Dani Dyer reveals the gender of her twin babies
Cork influencer Lisa Jordan releases her own clothing line
Fans call out Jake Paul for insensitive comment on Molly-Mae's baby announcement
Molly-Mae Hague's sister Zoe has just shared the cutest unseen pictures of baby Bambi
You may also like
6 months ago
A UK version of Are You The One? is coming to our screens
1 year ago
8 of the best red carpet looks from last night's VMAs
1 year ago
MTV's Catfish is seeking Irish cast members
1 year ago
MTV Cribs is coming back to our screens next month
3 years ago
We picked out our top 7 favourite looks from the MTV Video Music Awards' red carpet
3 years ago
This Irish woman just won a huge award in New York and we're only delighted
Next Page