What Prince William said to Prince Harry at his last royal public appearance, according to a lip reader

As you may be aware, Prince Harry and Meghan Markle made their final appearance as senior royals on Monday.

They attended a Commonwealth Day service at Westminster Abbey and all eyes were on the happy couple who have spent the last few months settling into their new life in Canada.

Meghan's emerald green Emilia Wickstead ensemble was a major talking point and the hand-holding observed between her and Harry was viewed as a sign of support on such a big occasion.

END_OF_DOCUMENT_TOKEN_TO_BE_REPLACED

However, when Kate Middleton and Prince William arrived, everyone was keen to see how this meeting would play out and unsurprisingly, royal fans were captivated by the interaction with some describing it as awkward.

A lip-reader has even contributed to the media furore, telling The Daily Telegraph that Prince Harry felt his brother snubbed him... ouch.

According to said lip-reader, Harry turned to Meghan after his brother, the future king of England, and Kate took their seats, saying:

"He literally said: ‘Hello, Harry’ and that was it and he didn’t say anything more than that'". 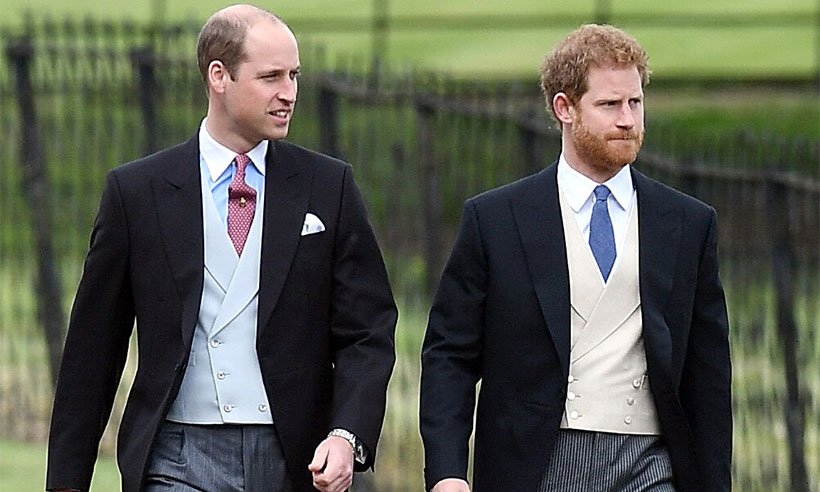 This has led people to suggest that Harry felt undermined by his brother but according to Camillia Tominey, royal expert for This Morning, he had also just met Boris Johnson so the comment could also have been in relation to him.

Although there's no confirmation this is what he meant, the exchange took place directly after he the Duke and Duchess of Cambridge arrived.

END_OF_DOCUMENT_TOKEN_TO_BE_REPLACED

When Meghan and Harry announced their decision to step down as senior royals back in January, members of the royal family were said to be "hurt" that they were not consulted prior to the release of their public statement.

This news came after the couple took a six-week break from royal duties at the end of 2019, spending time in Canada and declining the opportunity to spend Christmas at Sandringham, the Queen's country estate.

Girls With Goals || Her · Ep.161: Feeling Peachy - Sharon Keegan of Peachylean on being an absolute BOSS!
popular
Friends fans spot massive body double blunder in episode rewatch
TikTok star sentenced to 10 years in prison over "human trafficking"
The DIY frozen coffee recipe that's so delicious you'll never pay for an iced latte again
Indoor dining return on July 5 could be in jeopardy over Delta variant
Newborn needs 13 face stitches after being cut during emergency C-section
Couple who can't agree on child’s name decide to each call her different things
Andrew McGinley doesn't "feel like a dad anymore" after tragic deaths of children
You may also like
2 days ago
Meghan was right to say Archie "won't be a prince" under Prince Charles
6 days ago
Meghan Markle will not be returning to the UK this summer with Harry
1 week ago
Noel Gallagher calls Prince Harry a "f*****g woke snowflake" in interview
2 weeks ago
Why we probably won't see a first picture of Meghan and Harry's baby girl for a while
2 weeks ago
"Very old" human bones found near Harry and Meghan's home
1 month ago
Prince Harry says Charles left him "to suffer" after Diana's death
Next Page