Louise McSharry says she felt like "trash" after departure from 2FM

"It felt like a really poor show and a really bad way to treat someone."

Louise McSharry has opened up about feeling "like trash" following her departure from 2FM last year.

The presenter previously announced her shock exit after 11 years, saying it was time to "move on" but admitting that it was not her own decision. 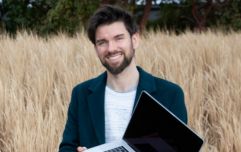 END_OF_DOCUMENT_TOKEN_TO_BE_REPLACED

Fans of her weekend show were disappointed to say goodbye to the DJ after more than a decade on air.

Now, in an interview with The Independent, Louise has said she was surprised how her relationship with the station had ended.

"It still felt like a really poor show and a really bad way to treat someone who you’ve worked with for a very long time. I’m 39 years old," she said. "I’m capable of going in and having an adult conversation."

She admitted that how she had been treated made her feel like "a piece of trash that had been used up and was being thrown away". END_OF_DOCUMENT_TOKEN_TO_BE_REPLACED

For her next career move, Louise is staying in the world of broadcasting and is currently working on a podcast which is set to come out soon.

"It’s going to be very much in line with what I was doing on the show," she told The Independent. 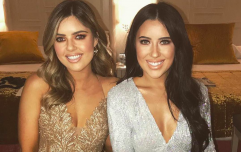 END_OF_DOCUMENT_TOKEN_TO_BE_REPLACED

"I think, in particular, there’s a demographic of women in their 20s and 30s whose interests are just not currently being served on radio.”

Taking to Instagram following the interview, Louise said it was important for her to be able to voice her opinion about her departure.

"It has been very difficult," she wrote. "I was very hurt by the way it was handled, but I’m moving on more and more each day."

popular
Here are the baby name trends set to dominate 2023
Queen Elizabeth II's cause of death revealed
Five children rescued from van as driver is arrested
Status Yellow warning for six counties with heavy rain and wind in the mix
Vicky Phelan's image projected onto GPO
Greg O'Shea says he regrets not staying with Amber for longer
Irish twins featured by Gucci during Milan Fashion Week
You may also like
6 months ago
Eoghan McDermott responds to allegations made against him
7 months ago
Louise McSharry says "no one spoke to me at all" ahead of 2FM exit
10 months ago
Irish woman gives birth to baby in taxi while on holidays in Lanzarote
10 months ago
"I felt like I couldn't speak": Lottie Ryan opens up on spiking experience
10 months ago
Tributes paid to legendary 2FM DJ Simon Young, who has passed away
11 months ago
Louise McSharry announces departure from RTE after 11 years
Next Page