Back in 2016, Louise Redknapp and Kevin Clifton were paired up on Strictly Come Dancing.

The pair went on to make the final of the competition, and did appear to remain close friends afterwards. 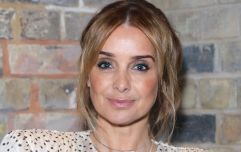 END_OF_DOCUMENT_TOKEN_TO_BE_REPLACED

However, Louise has now opened up about their friendship, admitting that they no longer speak.

Speaking in an interview with The Sun’s Fabulous Magazine, the mother-of-two said it was “one of those things”, insisting there was no bad blood between them.

When she was asked if she speaks to Kevin, Louise said: “Not for ages. It’s one of those things.”

It’s album release week!!! Thanks for all the support so far guys. Only 4 days to go... Who’s coming to my album launch show on Friday? ? #HeavyLove 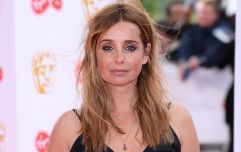 END_OF_DOCUMENT_TOKEN_TO_BE_REPLACED

The Eternal singer continued: “Obviously we were great friends and you try and keep in touch with everybody.

“But it’s a working environment and afterwards everyone goes and does their own thing.”

Louise then said: “So it’s not in a bad way and I wish him all the luck.”

So you see? No sign of any bad blood here folks.

During the interview, Louise also opened up about her split from her husband Jamie Redknapp in 2017.

Loved shooting with @fabulous magazine - Out Today ? Talking all about my new album Heavy Love x

"I adore him and always will,” she said.

“Jamie was the absolute love of my life. I guess I was happy to be invisible for a little while, but at the same time I felt I was becoming less and less of a person."

“And being less and less visible was kind of hard to take when I used to be a pop star."

But now, Louise is back in the game, with a new album on the cards.