The 22-year-old is expected to spend today recuperating from her mystery disease in hospital, telling fans she is "taking time out" to get better.

"I am in the hospital, so taking some time out to focus on my health and getting better. I’m wishing everyone a fabulous Christmas x" 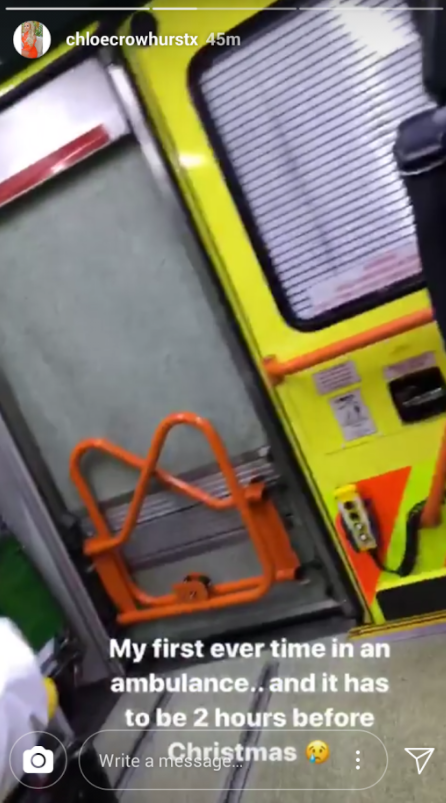 It comes after Chloe documented her ride in the ambulance on Instagram Moments.

She said: "My first ever time in an ambulance...and it has to be two hours before Christmas."

And Chloe added: "Thanks for all the kind messages guys, I'm super poorly and on my way to hospital. But I will be ok. Have a fabulous Christmas <3"

END_OF_DOCUMENT_TOKEN_TO_BE_REPLACED

But she was kicked off the show alongside Sam Gowland in a double eviction when the public failed to warm to them.

After getting off the TV show, Chloe ended up hooking back up with Jon - but they split again last month.

However, she declared her love for him yesterday, stating: "Couldn’t love anyone more than I love you." But his pals have denied they are back together.

A source told The Sun: "Jon is not dating Chloe and is definitely still single."