She said the break-up only made her "stronger".

Love Island's Liberty Poole has opened up about her Love Island romance and how life has been for her since.

Liberty won over fans in 2021's Love Island when she stayed true to herself and chose to walk away from the villa after her break-up from fellow contestant Jake Cornish.

"It’s a shame that it didn’t work out the way I wanted it to, but I truly believe everything happens for a reason," she told OK! Magazine. 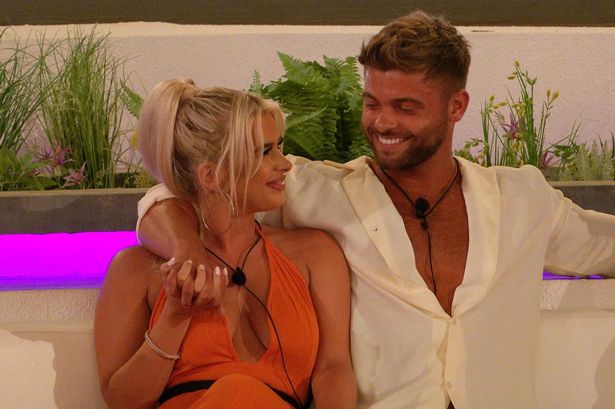 END_OF_DOCUMENT_TOKEN_TO_BE_REPLACED

“I wouldn’t say I went in as a different person, because I was myself all the way through, but I definitely think I’m stronger because of what happened.

“I’m happy being single, to be honest... There’s not a lot going on in the love life department. I’m quite busy at the moment so I don’t really have much time.

“But I also feel like I’m not ready, either, because I’m just so focused on myself that I don’t want any distractions from my happiness. So maybe in the future, but it’s not the right time.”

END_OF_DOCUMENT_TOKEN_TO_BE_REPLACED

The 22-year-old also revealed that she wasn't really phased by any of the guys sliding into her DM's after she appeared on the show.

“I didn’t really have anyone pop up at all when I came out. It was mainly nice messages from girls saying how I inspired them. That, to me, meant more than guys’ attention anyway.

“I don’t think I was in the right head space for that. Since then, I’ve had a few people wanting to take me out now, but I’m just really focused on myself and it’s not the right time in my life to go on dates.”

Liberty is now set to appear on this season's Dancing on Ice.

The former Nandos waitress has been paired up with professional skater Joe Johnson and says the pair have been having "so much fun already".

Dancing on Ice premieres on Virgin Media One on 16 January.

popular
Gardaí investigating woman's death after body found in apartment
These are the top baby names for 2022
Madeleine McCann investigators say they've found new clues that could "heavily incriminate" suspect
People are only realising Kendall Jenner and Gigi Hadid are related and the reactions are gas
Emmerdale star Toby Kirkup died hours after being discharged from hospital, inquest finds
Man charged in connection with Ashling Murphy's murder
Teen who pushed girl “head first” under Dart to face trial in adult court
You may also like
1 week ago
Opinion: The takedown of Molly-Mae: Should cancel culture be this gleeful?
1 week ago
Molly Mae Hague personally apologises for controversial comments
1 week ago
Love Island now open to non-binary contestants
1 week ago
Molly-Mae Hague responds to backlash over controversial comments
1 week ago
Greg O'Shea confirms split from girlfriend after two years
2 weeks ago
Molly-Mae Hague criticised for "tone deaf" comments about success
Next Page