She has had them dissolved after she was trolled over her appearance.

Love Island's Molly Mae has told how she went "too far" with getting lip fillers after leaving the villa last summer. 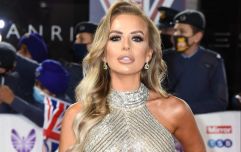 END_OF_DOCUMENT_TOKEN_TO_BE_REPLACED

“I have got most of my filler dissolved, obviously I used to get filler and when I came out of Love Island I got a little bit more filler and for me, that was the worst time for me coming out of the villa," she said, adding that the trolling she got over that "was really intense".

“It was really horrible but I can understand why it happened because I went overboard with it and I didn’t really realise what I was doing and I just went too far," she continued. "It was just a really, really bad time because I had literally come out of the villa and that is the time you are most scrutinised.”

“It didn’t even take anyone to say that, I just realised myself that I need to do something about it so I went to get it dissolved and honestly it is best decision I have ever made," she added. 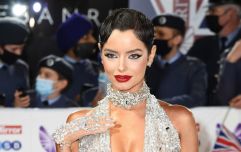 END_OF_DOCUMENT_TOKEN_TO_BE_REPLACED

Molly Mae first appeared on Love Island last summer. She soon coupled up with Tommy Fury, and the pair went on to place second.

Since leaving the villa, they have gone from strength to strength - even moving in together and talking about marriage.

You can watch Molly Mae's full video below.

popular
Jeffrey Epstein's private jet made multiple stopovers in Ireland
Norma Foley addresses concerns over schools staying closed in January
Meabh Feerick passes away after sharing that she felt "let down" by Irish healthcare system
Ryan Tubridy hints this year might be his last Toy Show
Stacey Solomon mortified after walking around shop in see through leggings
Jenny Claffey: "I was known for this very specific brand, did anyone want to listen to me on my own?"
Weather warning issued to motorists ahead of "unpredictable" conditions
You may also like
1 week ago
Love Island's Lucinda shares terrifying ordeal of being robbed by "balaclava thief"
1 week ago
Maura Higgins has apparently dumped her management to pursue a modelling career
1 week ago
Molly Mae shows her scars as she explains endometriosis surgery
2 weeks ago
Faye Winter responds after fans think they've spotted a vibrator on her bedroom floor
2 weeks ago
Wait, have Love Island's Luke T and Siannise split up?
2 weeks ago
Love Island's Toby and Chloe have officially moved in to their dream home together
Next Page