Celebrated acrtress Lupita Nyong’o may have been named People’s Most Beautiful Woman, but the stunning Oscar winner hasn’t always valued her own beauty.

The 31-year old Mexico-born Kenyan has recently been awarded Glamour’s Women of the Year award, and in a humbling interview, Nyong’o spoke about accepting her beauty irrespective of skin colour:

"European standards of beauty are something that plague the entire world. The idea that darker skin is not beautiful, that light skin is the key to success and love. Africa is no exception. When I was in the second grade, one of my teachers said, 'Where are you going to find a husband? How are you going to find someone darker than you?' I was mortified." 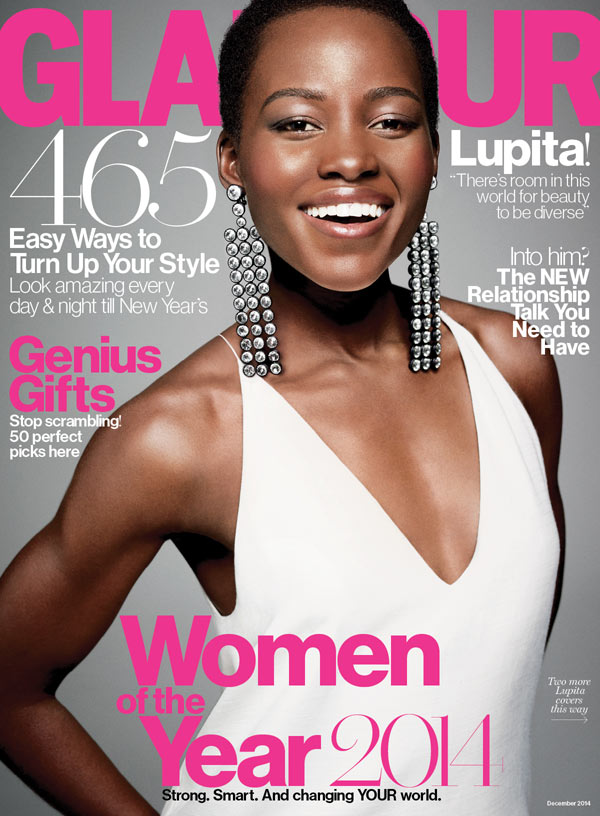 END_OF_DOCUMENT_TOKEN_TO_BE_REPLACED

The actress later noted the affects of TV advertising on her self-confidence, where again the message she interpreted was lighter skin was associated with success:

"I remember seeing a commercial where a woman goes for an interview and doesn't get the job. Then she puts a cream on her face to lighten her skin, and she gets the job! This is the message: that dark skin is unacceptable. I definitely wasn't hearing this from my immediate family—my mother never said anything to that effect—but the voices from the television are usually much louder than the voices of your parents."

It was only after a younger Lupita watched The Color Purple did she recognise the beauty of the women around her, and her own career opportunities:

"Until I saw people who looked like me, doing the things I wanted to, I wasn't so sure it was a possibility. Seeing Whoopi Goldberg and Oprah in The Color Purple, it dawned on me: 'Oh—I could be an actress!' We plant the seed of possibility."

Lupita now wants to be a role model for young black women to recognise beauty is in your actions, not just your appearance. Something she credits to her mother’s teachings:

"My mother taught me that there are more valuable ways to achieve beauty than just through your external features. She was focused on compassion and respect, and those are the things that ended up translating to me as beauty. Beautiful people have many advantages, but so do friendly people.... I think beauty is an expression of love."

Interview and images via Glamour Magazine

Girls With Goals || Her · Ep.161: Feeling Peachy - Sharon Keegan of Peachylean on being an absolute BOSS!
popular
My hair has never been this thick and healthy – and here is what I have been doing differently
The sad reason why viral gymnast, Katelyn Ohashi, isn't on the USA Olympic team
The First Quadrillionaire? Paypal Accidentally Gives Man $92 Quadrillion
How to INSTANTLY unblock your stuffy nose (we swear this works)
Here's the average age people lose their virginity around the world
Why Are Men so Obsessed With Boobs? The Answer is Pretty Surprising...
Here's what happens on every day of your menstrual cycle (roughly)
You may also like
2 years ago
Turns out, this colour of wine gives you the WORST hangover
5 years ago
Pretty Little Liars actor Brandon Jones could be facing over five years in prison
5 years ago
Gwen Stefani Receives Massive Backlash After "Insulting" April Fools' Prank
5 years ago
Katie Price Names And Shames The Twitter Trolls Bullying Her Son Harvey
5 years ago
Kim Kardashian Blasts "Body-Shaming and Slut-Shaming" In Brilliantly Honest Post
5 years ago
WATCH: Emma Watson Launched HeForShe Arts Week On International Women’s Day
Next Page