The Anglo-Sri Lankan rapper is known for controversial comments about social issues that she believes needs attention – such as the refugee crisis, homelessness, and civilians in war.

She recently released Borders, a song that excited a lot of media controversy as M.I.A. made it clear that she is pro-refugee. 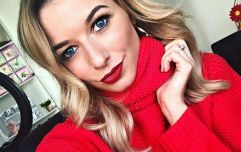 END_OF_DOCUMENT_TOKEN_TO_BE_REPLACED

Considering her dedication to suffering minorities, the rapper made a slight faux-pas when it came to her thoughts on the movement Black Lives Matter.

#BlackLivesMatter originated in 2012 after the shocking case of Trayvon Martin, where Martin's murderer George Zimmerman was acquitted of his crime and Martin was posthumously placed on trial for his own murder.

The movement has strived since 2012 in validifying black lives and shedding light on the racism that is still embedded in society.

However, in a recent interview with the English Standard, when asked about Beyoncé's recent SuperBowl halftime performance, M.I.A confessed: 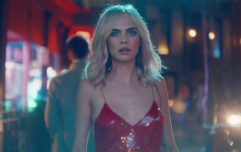 END_OF_DOCUMENT_TOKEN_TO_BE_REPLACED

M.I.A talked negatively about #BlackLivesMatter as if we dont regularly speak out about islamophobia.

M.I.A didn't need to malign #blacklivesmatter to make her point. But I'm not buying the anti-solidarity argument. We need internationalism

Her comments seem to contradict themselves and we're not sure how to feel. Get it together M.I.A!

popular
Here is the reported I'm A Celeb All Stars line-up
Two Love Island 2022 stars have just become step siblings...
Molly Mae Hague shares emotional moment she discovered she was pregnant
Abducted in Plain Sight: True crime drama follows girl who was kidnapped twice by the same man
Female child rushed to hospital after violent incident in Co. Clare
Here's when Florence Pugh's new Irish film lands on Netflix
Why Are Men so Obsessed With Boobs? The Answer is Pretty Surprising...
You may also like
1 year ago
Miss Ireland embroiled in controversy amid 'pay for votes' revelation
3 years ago
British Army heavily under criticism as new recruitment targets 'snowflakes' and 'selfie addicts'
3 years ago
Plus size otter in a California aquarium sparks 'body pawsitivity' debate
3 years ago
Reality TV star slammed for posting naked photo alongside one of her baby
5 years ago
Katy Perry has been accused of animal cruelty
5 years ago
Boots in the UK has now apologised for its controversial skin charts
Next Page