Maisie Williams had a pretty awkward encounter with Bono

Maisie Williams may come across as a confident and cool woman, but even she does something embarrassing from time to time.

Maisie was having a chat with Nick Grimshaw on his radio show when he revealed that he had been in touch with her Game of Thrones co-star Sophie Turner to get some embarrassing stories about her. 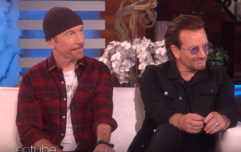 Bono admits to Ellen Degeneres that joining U2 saved his life

END_OF_DOCUMENT_TOKEN_TO_BE_REPLACED

Sophie told Grimmy to ask the actress about Bono.

Maisie laughed awkwardly before revealing a hilarious story about when she met the U2 singer.

''We were lucky enough to get U2 tickets when we were in Belfast filming'' Maisie begins to explain.

''Bono was there backstage saying hi to everyone,'' 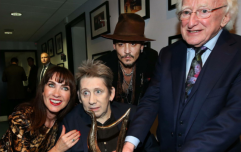 END_OF_DOCUMENT_TOKEN_TO_BE_REPLACED

But Bono obviously picked up on what Maisie was about to say.

“He was like ‘I’m Bono. And I just sat there very very quietly.'' Maise says giggling.

Sophie [Turner] was like ‘you just asked Bono what his name is. At a U2 concert.’ It was awful, awful.”

So at least if you ever come across Maisie Williams or Bono and don't know what to say to them, note that it probably wont be a awkward as this.

You can watch the interview in full below.