She won't go down without a fight.

After a rocky last few months with Cocoa Brown, Marissa Carter has called out her brand for taking her name off their products, and she's not giving up that easily.

Last month, Carter, who is the founder of Cocoa Brown Tan, said that she is taking legal action against her business partners, who she alleges had "bullied" her out of the business.

END_OF_DOCUMENT_TOKEN_TO_BE_REPLACED

Taking to Instagram today, the beauty guru showed a before and after where we can clearly see the "by Marissa Carter" was once on the brushes, but in newer packaging of it, the name is gone.

She wrote: "Just popping on to let you guys know that I haven't given up and I won't." 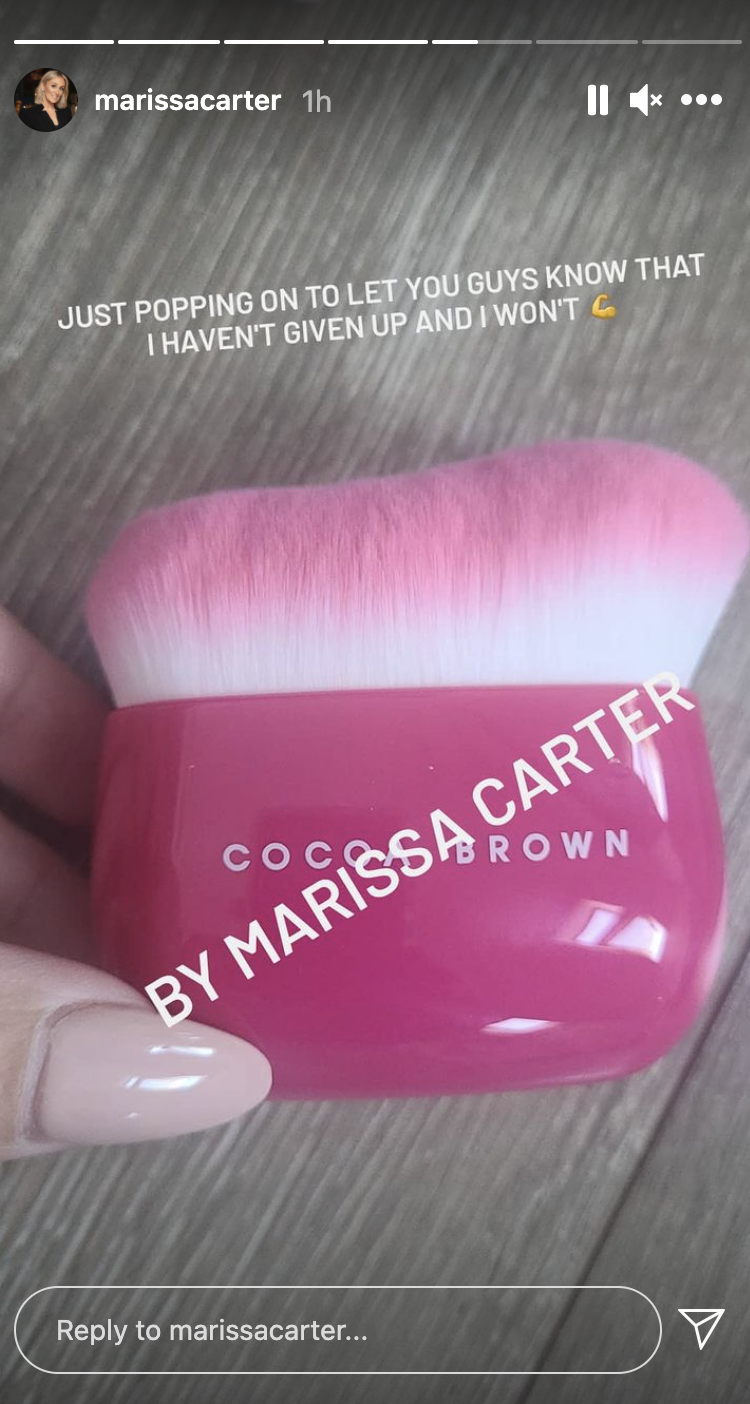 In a second story, she showed a different brush, one of the originals, telling her followers that it always had her name printed on the handle.

She said: "This here is the very first contour brush, or tantour brush is what I called it, that I made."

Continuing, she then shows the newer brush without her name, saying: "Ah look at this, hmm." 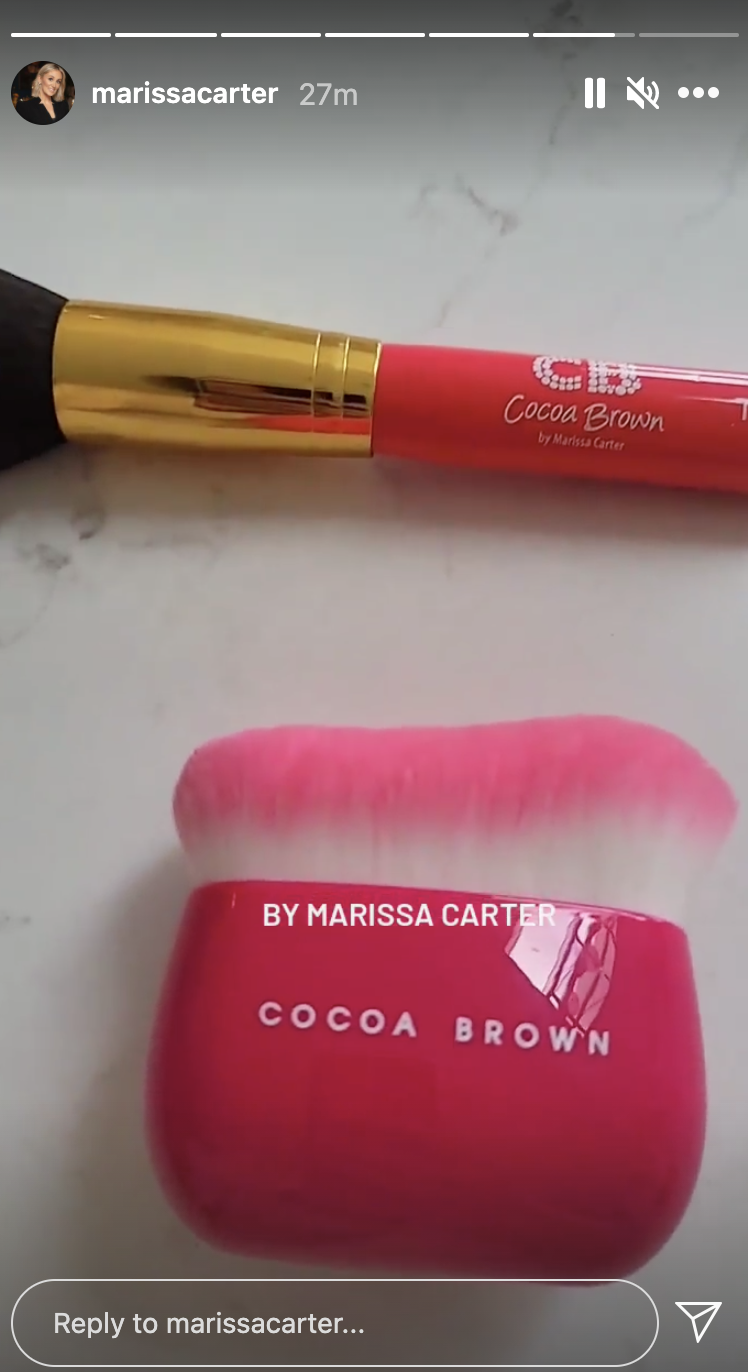 END_OF_DOCUMENT_TOKEN_TO_BE_REPLACED

Marissa then posted a fourth story, showing a screenshot of the Cocoa Brown account replying to a customer query where they called the customer "lovely".

Unhappy with this, Carter pointed it out to her followers saying: "Lovely?! Really?"

On social media last month, Carter said that the whole ordeal with Cocoa Brown had been "the worst experience of her life." 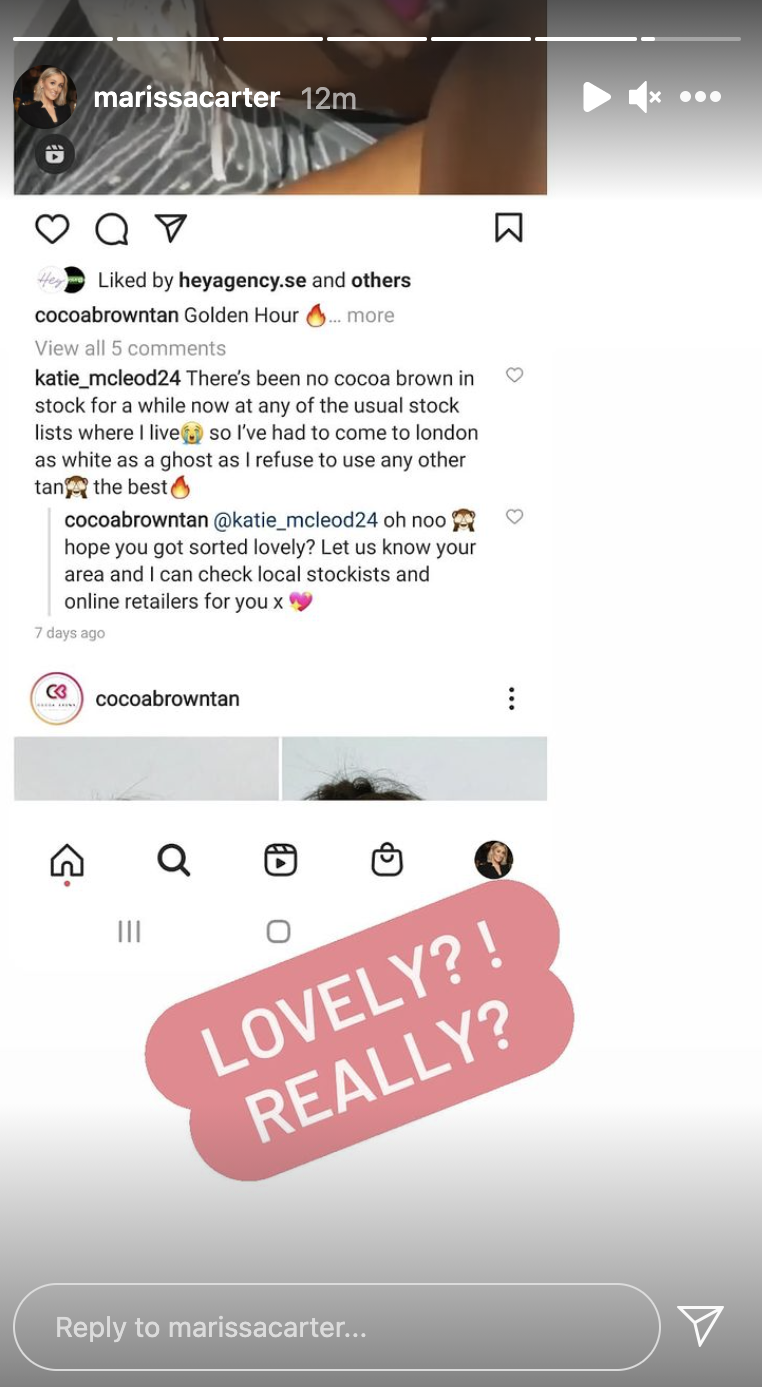 She said: "Every single time I feel like I can’t do it or I’m going to give up, I’m going to remind myself of all the messages I’ve received over the years from people telling me that that little pink bottle has inspired them to go after their dream, that’s what’s going to keep me going.

END_OF_DOCUMENT_TOKEN_TO_BE_REPLACED

popular
Friends Star James Michael Tyler Files For Divorce
Late Late Show viewers are not happy with Ryan's questions for Billy Connolly
Friends actor James Michael Tyler has died, aged 59
9 of the best horror movies on Netflix this Halloween
10 items from Zara for the perfect autumn capsule wardrobe
Say hello to fairy hair, the dreamy new trend popping up all over social media
15 brilliant stocking fillers we are picking up from Penneys before they sell out
You may also like
1 day ago
Strictly microphones pick up gas audio from the contestants
1 week ago
Influencer charged with drugs trafficking after trying to board Dubai flight with cocaine
1 week ago
Mum shares horrifying story of toddler filming her in the shower on Instagram Live
2 weeks ago
Facebook, Instagram and WhatsApp down as outage hits for hours
1 month ago
Simon Harris and wife welcome arrival of new baby boy
6 days ago
Little Mix's Leigh Anne Pinnock addresses haters in tearful speech at 30th birthday party
Next Page