Westlife singer Mark Feehily has called for surrogacy to become more affordable for couples who are looking to start a family this way.

Mark and his fiance Cailean O'Neill welcomed their daughter Layla through surrogacy on October 1, 2019 and ahead of her third birthday, he has discussed his "privileged" journey to welcome his child. 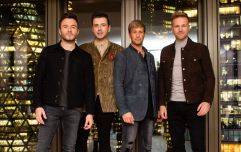 END_OF_DOCUMENT_TOKEN_TO_BE_REPLACED

After getting engaged to Cailean in February 2019, the couple quickly began discussing starting a family.

Speaking on Lorraine yesterday, host Christine Lampard spoke about his journey with surrogacy, with Mark calling for it to be made more affordable to help others become parents.

Mark said: "One of the things that aren't spoken about is surrogacy is expensive so in many ways I kind of feel quite privileged in a sense, because there's a lot of people out there that would like to do surrogacy, but it's not the most affordable thing.

"So that is something that would be great to see changing over the years to make it more accessible to everybody. 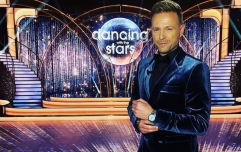 END_OF_DOCUMENT_TOKEN_TO_BE_REPLACED

"There's exciting feedback to change the legislation surrounding families and parental guardianship. We've all been working hard for this goal."

Speaking about his own journey with surrogacy which led to him and Cailean welcoming Layla, he said it was a long process.

"Our journey started three years before Layla was born," Mark said. "I would be very meticulous in sort of making sure everything was done properly and all that research was done. There was no kind of knee-jerk decisions made at all. 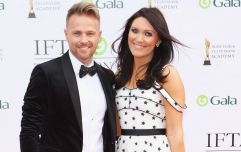 END_OF_DOCUMENT_TOKEN_TO_BE_REPLACED

"There were three years before the pregnancy was even confirmed and then another nine months obviously before she was born and now she's nearly three."

Due to the lack of laws surrounding surrogacy in Ireland, the surrogate mother is currently seen as the child's legal mother despite having no genetic connection to the baby.

Mark has been very vocal about this and regularly calls on the Government to introduce surrogacy legislation to support families like his.

Speaking to RTÉ last year, he said: "I'm a dad and this directly affects my child and my family.

"We don't tend to step up and step in when it's ourselves, but when it comes to your child, all of a sudden I'm on the news talking about politics.

"That's the furthest thing I ever would have done, but the second it involves my child and her welfare, here I am on the news.

"The psychology of it and the stress of constantly waking up and going to sleep knowing you're not officially a child's legal guardian... Everybody knows that parenting has its challenges and it's not the easiest thing in the world already, so to have all that extra stuff to worry about and stress about is very unhelpful."

popular
He may be a politician, but Leo Varadkar's personal life is none of our business
Kelsey Parker: "People think I should be walking around wearing my black veil"
Fans are feeling seriously sorry for Molly Mae Hague after resurfaced interview
"I slept with your fella": Vogue speaks out about ex's cheating
EastEnders' Samantha Womack "thankful" as she is now cancer-free
Parents told to stop buying selection boxes for kids- here's why
Gwen Stefani reportedly pregnant with baby number four
You may also like
3 weeks ago
Westlife set to perform Dublin's New Year's Eve festival
5 months ago
Fans are just realising Luca from Love Island is the spitting image of an Irish singer
6 months ago
Late Late Show viewers praise Mark Feehily for speaking about being fat-shamed in music industry
8 months ago
Kian Egan and Jodi Albert have experienced a miscarriage
8 months ago
Mark Feehily awarded for campaign on changing Ireland's surrogacy laws
1 year ago
Toy Show DJ brothers to return on Friday night's Late Late show
Next Page